After litchi gained entry to Australia, durian, star apple and mangosteen have also obtained visas to enter the choosy market. 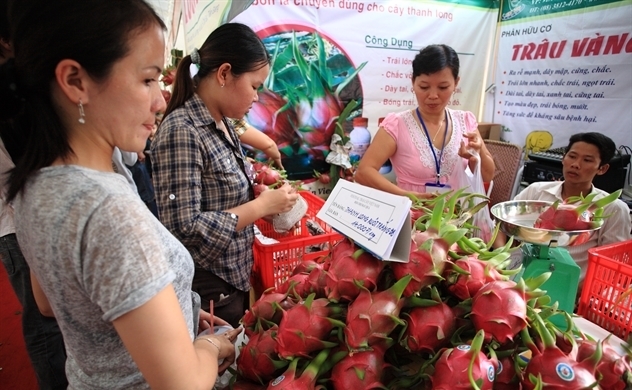 The Vietnamese counseling division in Australia believes that the durian market is worth millions of dollars. The potential for exporting durian to Australia is great.

In early 2020, Vietnam’s counselling division in Australia joined forces with ASEAN Company to organize the Vietnam Durian Week in Australia in Marrickville, Eastwood and Cabramatta, the three areas with big populations of Asians.

According to the Ministry of Industry and Trade (MOIT), durian has high value and the country’s production capability has been increasing rapidly.

In 2019, the ministry assigned the division to help promote the export of durian and other types of farm produce. While fresh durian is still not allowed to enter Australia, Vietnam can export frozen durian instead.

Vietnam’s fruits are mostly exported to China. However, since the epidemic outbreak in China, exports to the market have dropped dramatically.

The General Department of Customs (GDC) reported that in the first six months of the year, Vietnam exported $1.76 billion worth of vegetables and fruits, a decrease of 13.6 percent compared with the same period last year.

Exports to China brought $1.04 billion in the first six months of the year, down by 29.3 percent.

However, while the exports to the loyal market of China decreased sharply, exports to other markets have been very satisfactory.

Exports to South Korea, Thailand, Japan and Taiwan were all up. Exports to these markets accounted for 40.6 percent of total export turnover of vegetables and fruits, but it was still lower than exports to China.