Upon breaking downs, the government spent VND195.7 billion (US$8.43 billion) on paying domestic debts and VND41.2 trillion (US$1.77 billion) on foreign debts. 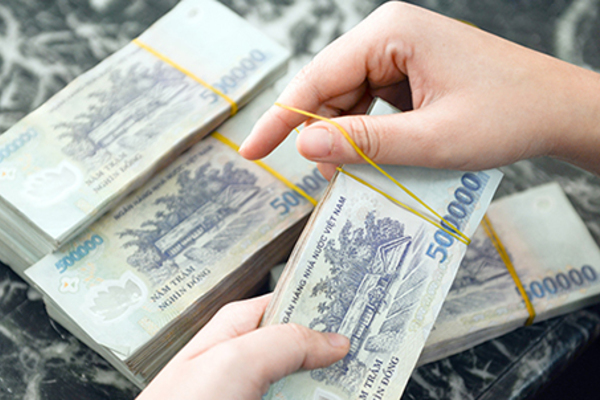 In the first nine months of 2019, nearly VND236.9 trillion (US$10.16 billion) was allocated to pay government debts, according to the Ministry of Finance (MoF).

Upon breaking down, the government spent VND195.7 billion (US$8.43 billion) on paying domestic debts and VND41.2 trillion (US$1.77 billion) on foreign debts.

In the January – September period, Vietnam signed five financing agreements from foreign sources, including four with the Asian Development Bank and one with the OPEC Fund for International Development (OFID).

In September, the disbursed amount from the ODA sources reached US$89 million, accumulating a total of VND32.73 trillion (US$1.41) billion in disbursement, accounting for 26.2% of the target set by Prime Minister Nguyen Xuan Phuc.

Starting October 15, the MoF is set to disclose periodically data regarding the disbursement rate of ODA on its website, where it will name three ministries and 10 provinces/cities with the lowest disbursement rates.

The data, along with detailed assessment of the MoF, would later be submitted to Prime Minister Nguyen Xuan Phuc for consideration and instruction.

In early October, Moody’s placed Vietnam’s Ba3 local and foreign currency issuer and senior unsecured ratings of the government of Vietnam under review for downgrade. The decision was due to institutional deficiencies that led to delayed payments on an obligation by the government.

However, the MoF said the obligation was guaranteed by the government, meaning not a direct obligation.
The ministry argued that Moody’s decision, which was based on a single incident, is improper, and requested the rating agency to reconsider the issue. Hanoitimes

State may have to pay debts of Vietnam Development Bank

Acting on behalf of the government in disbursing capital for the nation’s important projects, the Vietnam Development Bank (VDB) has been found committing serious violations.