Vietnam to create “Miracle on the Red River” with implementation of Doi Moi 4.0 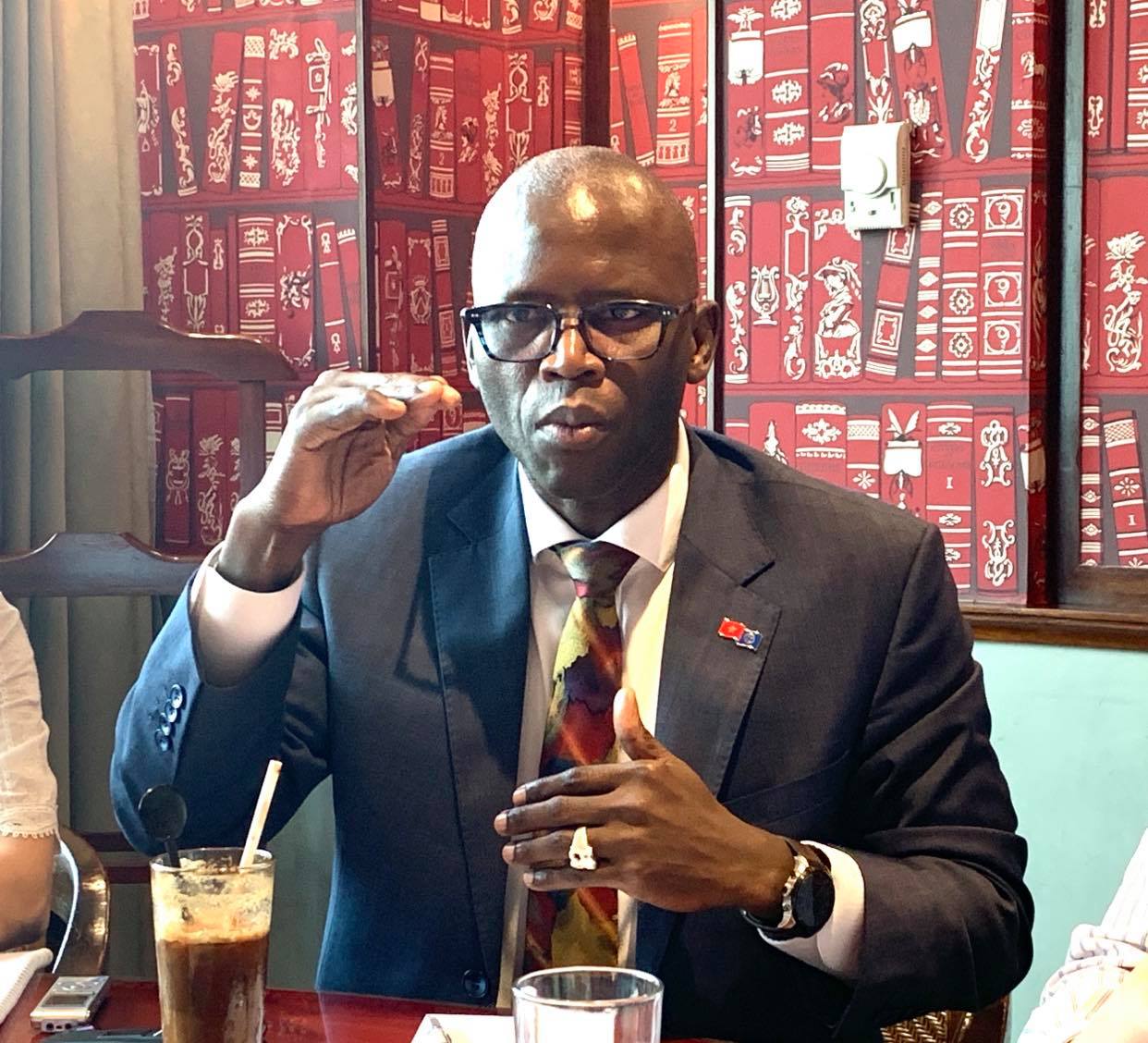 This was the sharing of Mr. Ousmane Dione, Country Director of the World Bank in Vietnam in his discussion with the reporter of the Vietnam Government Portal just before he ended his tenure in Vietnam.

According to the World Bank’s representative, Viet Nam has effectively prevented and controlled the COVID-19 pandemic and become a bright star in the fight against the pandemic globally, considering this is no simple task.

The Government of Viet Nam has made bold decisions by going some economic benefits in a reasonable manner such as implementing social distancing requirements, closing schools, suspending flights, closing certain borders just in time and so on.

These outcomes of Viet Nam are attributed to the strong leadership and timely decision of the Government, as well as the discipline and sense of responsibility of the Vietnamese community and people.

While the epidemic is still raging in the world with many developed countries still struggling to fight against it, Viet Nam is gradually returning to the “new normal” state. Moreover, Viet Nam has shown impressive growth rate while the world's growth dropped to negative.

“Despite being an open economy which suffers severely from the impact of the difficult global context, the macro indicators remained at a steady level show Viet Nam economy’s strong resilience to external shocks,” said Ousmane Dione.

Frankly speaking, in the past few years, although Viet Nam has made many achievements in multiple areas, the development process also resulted in many arising issues that requires adaptation.

For example, due to the COVID-19 pandemic, the context of international trade has changed, requiring Viet Nam's development strategy to be rapidly revised. With a population of nearly 100 million, of which 25 million are middle-class, the domestic market of Viet Nam is already quite large, given the difficult post-COVID-19 context. Unfortunately, not many businesses have made good use of it.

Regarding public debt, in the past, while being a blended country or IDA country, Viet Nam had access to a large IDA financing with low borrowing costs for a long time.

By the time Ousmane Dione started his term in Viet Nam, the country was preparing for IDA graduation (i.e. stop borrowing from IDA) (from July 1, 2017) and switch to IBRD, a less concessional financing resource for developing countries at middle income level. Meanwhile, domestically, the Government’s bond market was quite attractive with low interest rate.

During his tenure in Viet Nam, the Country Director of World Bank noticed that Viet Nam has done relatively well in public debt management. The ratio of public debt to GDP has now dropped to 54% while economic growth still remains at an acceptably good rate.

The Country Director of the World Bank in Viet Nam said that the country has strived to finalize the legal framework on public investment and public debt management, implement, mobilize and use foreign loans in a transparent and effective way, as well as setting a ceiling on public debt.

However, the disbursement was not as expected, partly due to the tight debt ceiling. On the other hand, the procedures are too complicated, practices of enforcement officers are still rigid, counterpart funds are in short, site clearance is experiencing many issues.

“For example, some projects in Ca Mau are required to submit the hard copies of their project documents to Ha Noi for verification before proceeding to payment. Other ODA projects experience delays from a few months to a few years due to complicated procedures and delays in each stage”, said Country Director of Viet Nam.

Mr. Ousmane Dione shared that considering the development of technology, if relevant ministries and departments in each stage require separate "signing and sealing", each step will experience further delays. Some steps were even delayed for several months.

“It is commonly acknowledged that many processes are rigid and inflexible, but no one dares to break the rules because they fear risks and responsibilities. Many problems can be solved if there is determination to improve online bidding, from the selection of contractors, and enhance transparency in every stage. Vietnam should have done better in this" shared Mr. Ousmane Dione.

In fact, the slow disbursement of large projects not only extends time of delivery but also affects the initial goal set for the project.

Regarding the business environment, the WB Country Director acknowledged Viet Nam has made great efforts in the past year to improve the environment and encourage investors. There is a saying in African that "a red carpet is attractive to walk on in barefoot but remember to watch out for stones underneath". We have heard many stories in which the condition looks good on the surface but in fact not so encouraging. A country cannot make use of its prospects if it lets this situation happen.

Having worked in 60 countries, Mr. Ousmane Dione shared that he has traveled to many provinces and cities of Viet Nam in the past four years and this has been a great journey for him.

When traveling from Ha Giang to Ca Mau, the WB representative felt that the development path of Viet Nam has a rather solid foundation which is the reform over the past 30 years.

It is great to see that many Vietnamese people in remote areas, despite living in poverty, still have access to new applications and technologies.

Mr. Ousmane Dione said he had witnessed some women in the remote mountainous areas of Ha Giang using mobile phones to pay for purchases, rather than spending the whole day going to the central area or the bank to make transactions.

Telling the above story, Mr. Ousmane Dione wanted to emphasize that it is necessary to change the mindset, motivation, aspiration and determination to make a change, and create breakthroughs in the use of high technology and digital technology for global integration.

"In the past four years, having met with many Vietnamese leaders and people, I realized everyone wants a reform," said WB Country Director.

The earlier reform seems to have reached its limits. In order for Viet Nam to make the next jump, it is required to have a new reform to break the glass ceiling, a reform to overcome current challenges or also called "Doi Moi 4.0", which leans more towards quality.

In order to do that, Viet Nam needs to pay attention to a number of issues. First, state management needs to improve. It is necessary to improve innovation for the government system, which needs to take advantage of digital strengths.

Second, planning and capacity building needs to be strengthened, to make sure implementing agencies can develop and effectively implement policy.

Viet Nam needs to promote economic diplomacy to pave the way for businesses to expand their operation globally, to access new technologies and create new resources. For example, although Vietnam is currently the country that attracts the most foreign direct investment (FDI), Viet Nam still experiences challenges in connecting foreign-invested enterprises with domestic private sector, lacking connectivity and value added.

Thanks to Viet Nam’s active participation in free trade agreements, many Vietnamese enterprises are now reaching out to the world, but the majority have not yet taken the advantage to connect with the foreign investment sector to reach out. It is encouraging that when joining a bigger playground, Viet Nam has a very good motivation to raise its own standards.

Viet Nam today is standing at a crossroads with many options. A few decades ago, the Republic of Korea experienced the same situation and they created the "Miracle on the Han River".

“Therefore, with a accurate transition, in the next 10 years, Viet Nam could become a high-income country. As a model to share with emerging countries, I believe that if Viet Nam can implement a bold and appropriate reform, the country will create "Miracle on the Red River", shared Mr. Ousmane Dione.

Recently, Prime Minister Nguyen Xuan Phuc met with Mr. Ousmane Dione, World Bank Country Director in Viet Nam to say farewell to him at the end of his term in Viet Nam. The Prime Minister highly appreciated Mr. Ousmane Dione, considered him a close friend of Viet Nam and a talented friend with many impressive contributions to the relationship between the World Bank and Viet Nam.

It is announced that Mr. Ousmane Dione will become World Bank Country Director in Ethiopia, Sudan, South Sudan, and Eritria from July 1, 2020. VGP 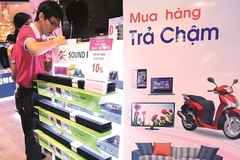 The number of borrowers is expected to increase, but this also poses higher risks for finance companies. 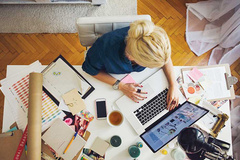