Since the day coronavirus appeared in Vietnam, Minister of Industry and Trade Tran Tuan Anh has held many meetings to discuss solutions to both prevent the epidemic and maintain production and business. 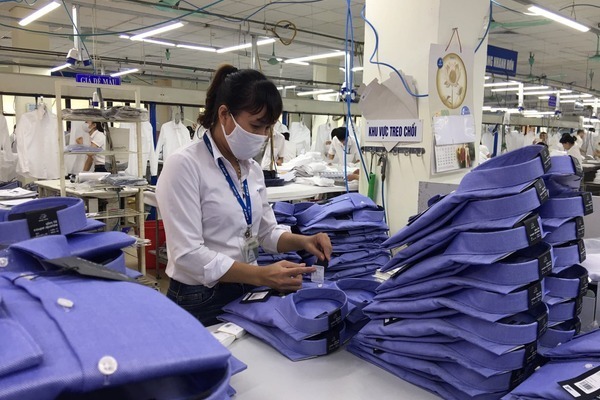 According to Phan Van Chinh, director of the Import/Export Department, some border gates have opened again, but the cross-border trade has not been fully resumed because China is still trying to avoid crowding. Border markets have not opened and the workforce for loading and unloading goods faces a shortage.

Exporters have been urged to seek new markets in the context of the Vietnam-China trade hindrances. However, this cannot be done overnight. It will take time to negotiate.

Chinh, at a February 7 meeting, mentioned the transport of farm produce to China by sea. However, to do this, Vietnamese enterprises need to export products through official channels, not across border gates.

“In the first period, the state should consider propping up transport costs to familiarize enterprises with the export channel,” he said.

“If farm produce can satisfy requirements on food safety and traceability, it would be easy to find alternative export markets,” Dong said, adding that people are buying food at supermarkets rather than traditional markets amid the nCoV outbreak because they think the products are traceable.

If the epidemic lasts several months, Vietnamese producers will face input material shortage, because a large proportion of materials are sourced from China.

The materials for production used now were imported before Tet (January 2020) and enterprises need more materials to keep up production in the upcoming months.

Truong Thanh Hoai, director of the Industry Department, admitted that textile and garment, footwear and electronics manufacturers heavily rely on material imports from China. This is attributed to Vietnam"s weak supporting industries.

“The materials for some industries are just enough for one month use,” Hoai said.

Deputy chair of the Vietnam Textile and Garment Association Truong Van Cam also expressed his concern about the shortage of materials. Some companies are considering importing materials from South Korea, India, Bangladesh and Brazil.

The path to $500 billion import/export turnover