Vietnam warned of risks if it buys oil to store

As the crude oil price has fallen to a record low, VEA and some businesses, including the national oil and gas giant PetroVietnam, believe that now is the time to buy oil for storage. 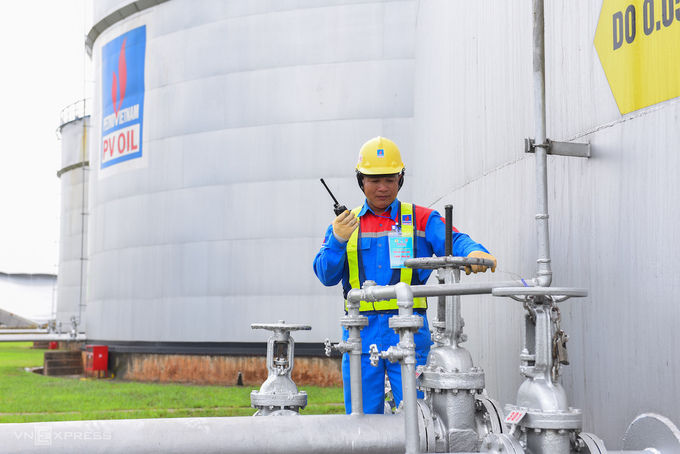 Paul Sankey from Mizuho Bank believes that the price will be negative again when the world’s storage capacity fills up by the end of May.

However, experts warn that it would be risky to buy oil for storage because there is still no policy on the activity, and that the ‘bottom fishing’ deal may lead to big losses.

Nguyen Quang Dung, deputy CEO of Petrolimex, said the inventory level of enterprises, including Petrolimex, is high because of the continued price falls. He declined to say whether more oil should be bought for storage.

A large part of the petroleum products in stock was bought at high prices before.

In principle, petroleum distribution companies have to store products at a certain level to satisfy market demand as stipulated in the government’s Decree 83.

The challenge for Vietnam is the lack of national depots. There are only two oil containing depots belonging to Dung Quat and Nghi Son Oil Refineries, while the two depots are full because of the high inventory level of the refineries.

Regarding the suggested plan on chartering tankers to store oil, a representative of PetroVietnam said it is not feasible because of limited financial capability.

“The stockpile is too high, while the revenue has dropped dramatically. We are sure of taking loss in Q1. Depots are all full. If we buy oil at this moment, we don’t know where to put it, not to mention the risk in prices,” he said.

Despite the complaints about the lack of depots, VEA still insists on buying oil for storage when the price is low.

VEA’s chair Tran Viet Ngai said oil should be bought when it is cheap.

Every year, Vietnam needs 2.5-3 million tons of DO and FO as fuel for power plants. Some thermopower plants use oil as the only fuel to generate electricity. And they have depots.

Ngai urged the Ministry of Industry and Trade (MOIT) to grant quotas to enterprises to import oil and petroleum products when the prices are low.

Some experts have suggested issuing oil bonds to store oil and petroleum products as oil prices now are low.

Oil may reach its lowest price in history this week but its impacts on the world economy and Viet Nam have been limited at this time when the COVID-19 pandemic is keeping people at home and transportation has been cut off.