Capital has become very cheap with the Vietnam dong interest rates in the interbank market having fallen to a four-year record low, according to the Vietnam Interbank Market Research Association.

After the social distancing days in April and the 99 days of no COVID-19 cases in the community, demand began increasing, which was expected to spark a new wave of CPI increases. 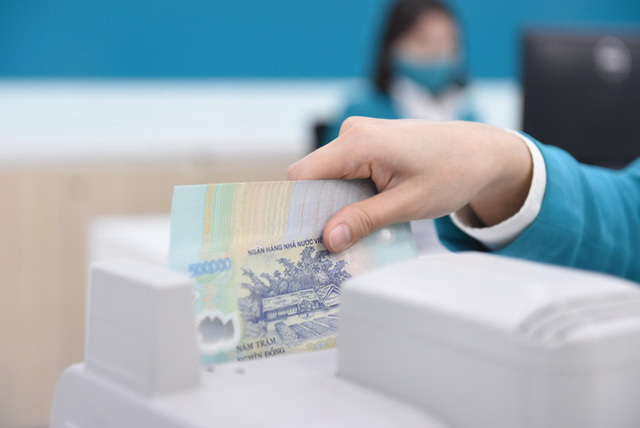 However, hundreds of new coronavirus cases have been newly discovered, which will affect total demand.

If the demand is weak, the worry about high inflation can be lifted. VIRA’s (Vietnam Interbank Market Research Association) members all believe in the feasibility of keeping inflation at below 4 percent, predicting that the CPI in August may see a 3.3 percent year-on-year increase.

Before VIRA made predictions for August, the spot-delivery dollar price in the interbank market stayed at VND23,175 per dollar for some consecutive trading sessions.

This was the buy price set by the State Bank (SBV) and if the central bank had not made the move, the dollar price would have decreased further.

The dollar price, therefore, is believed to continue to falling to the ceiling level in August and even may break the floor price of VND23,175 per dollar.

The Vietnam dong capital is profuse and there are signs of excess. Meanwhile, the credit had grown by 3.45 percent only by the end of July compared with the end of 2019.

As the central bank keeps buying foreign currencies, the pumping of Vietnam dong into circulation is one more factor helping to stabilize interest rates.

The second outbreak of the epidemic has also been cited as a factor that hinders capital flow to the economy and capital stasis may occur.

VIRA’s members believe that the money will continue to be cheap this month with the one-week dong interbank interest rate hovering around 0.25-0.3 percent per annum.

As banks find it more difficult to lend, capital may be redundant, which will prompt them to inject money into government bonds, a safe investment channel.

The high demand is believed to affect the bond yield. It is expected that the 10-year government bond yield would decrease slightly this month to 2.85 percent.

Regarding the bond supply, the State Treasury plans to mobilize capital in Q3 with VND130 trillion worth of bonds to be issued.