Which investors are pouring money into agriculture?

The two sides agreed on a deal under which Thaco, through its subsidiary Thadi, specializing in farm produce processing and distribution, will acquire 35 percent of shares of HVG. 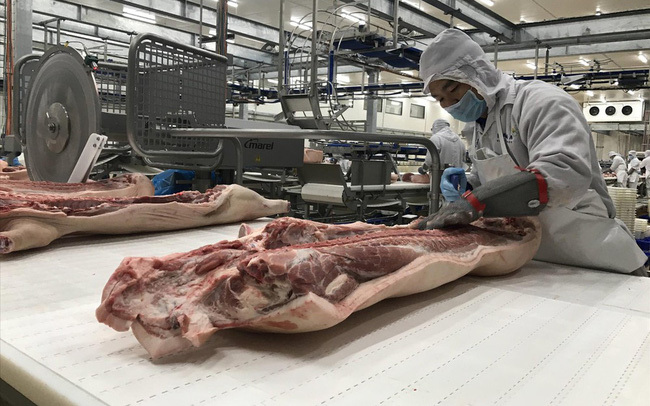 Thadi will also pour VND2 trillion into a joint venture between Thadi and HVG specializing in pig breeder production with the capacity of 45,000 breeders in 2020.

Thadi will also make investment in pig farming in accordance with EFSA standards, planning to produce 1.2 million pigs a year which will be provided to domestic market and export.

Minh of HVG hopes that the investment by Thaco would help HVG continue implementing the projects it has been developing over the last two decades.

HVG has been meeting difficulties since mid-2016, when it began developing hi-tech agriculture production projects.

To develop the projects, HVG needed a total credit amount of VND4 trillion. The plan was supported by the government, but commercial banks have disbursed VND800 billion. Meanwhile, HVG has injected VND1.8 trillion into the projects.

Asked about the decision to pour money into agriculture, Duong said he responded to the call from Minister of Agriculture and Rural Development Nguyen Xuan Cuong. Thaco has inked a strategic cooperation deal with Hoang Anh Gia Lai Group owned by Doan Nguyen Duc, recognized as one of the most influential businessmen some years ago.

The cooperation with the ‘King of Catfish’ is the next step in Thaco’s strategy in investment in agriculture.

Prior to the cooperation between Thacoo and HVG, a huge cooperation deal occured between Vingroup and Masan Group. The former decided to transfer its VinCommerce, the retailer, and VinEco, the hi-tech agriculture brand, to the latter.

Billionaire Nguyen Dang Quang, president of Masan Group, said this was a strategic move aiming to completing its cultivation and husbandry ecosystem.

A report of the agriculture ministry showed that Vietnam had 2,750 new agriculture, forestry and seafood companies in 2019, an increase of 25 percent over 2018, raising the total number of enterprises in the sector to 12,600.

The investors in agriculture include well known names such as Vinamilk, TH, Dabaco, Masan, Lavifood and Ba Huan.

Underdeveloped northern provinces were embracing high technology to make breakthroughs in farming productivity in hopes of lifting locals – mostly of ethnic minorities – out of poverty.