Minister and Chair of the Government Office Mai Tien Dung has said that the government will soon amend Decree 116/2017 on conditions to manufacture, assemble, import and trade cars and maintenance services. It is expected that provisions related to car imports will be removed. 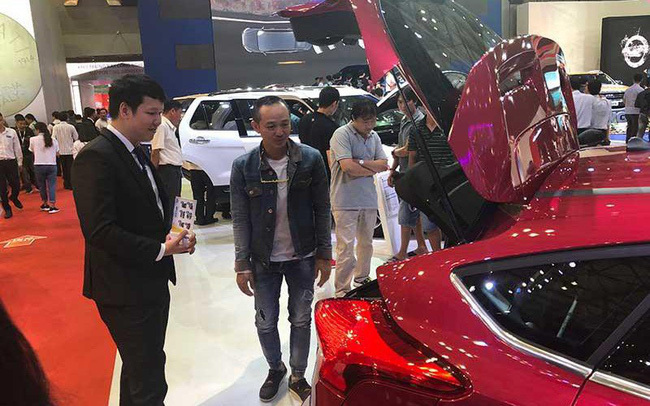 Instead of examining cars by consignments as currently regulated, the government would amend the legal document, so that imports would be examined by vehicle type, while pre-customs clearance examinations would be replaced by post examination.

Meanwhile, the Ministry of Industry and Trade (MOIT) has proposed that the government remove some conditions on car imports.

Car importers believe that once the decree is amended, it will be easier for CBU imports to enter Vietnam.

According to a representative of Thaco, ‘examination by type’ means that state agencies will take samples to test emissions and safety, and the results of the tests will be applied to the next consignments of imports if there are no changes in specifications.

“The adjustment of the regulation on import examination will help facilitate imports because this helps cut examination costs and labor costs and shortens customs clearance time,” he said.

The director of a company specializing in importing and distributing cars from Europe said that it takes 45 days on average to fulfill all necessary procedures to get customs clearance. For every consignment of imports, enterprises have to run at least one car for more than 3,000 kilometers and then bring the car to test emissions and safety.

Meanwhile, there is only one register center in Hanoi capable of examining emissions and safety. Importers have to queue up for their cars to be tested, which takes time and leads to higher costs. The more time it takes to have cars tested, the more money enterprises have to pay for bank loan interest and storage.

While car dealers applaud the intention to simplify procedures on car imports, some analysts warned that the move would pave the way for imports to flood Vietnam and kill the domestic automobile industry.

“The cars from Thailand and Indonesia are very competitive in price. If the procedures become simple, the cars will enter the Vietnamese market easily, ” a businessman said.

According to the General Department of Customs, from the beginning of the year to the end of July, Vietnam imported 87,000 CBU cars, or 4.6 times higher than the same period last year. The import value of car parts and accessories during that time reached $2.4 billion, an increase of 15 percent.

The Ministry of Industry and Trade will propose to build a credit package of VND100 trillion (US$4.4 billion) for developing the support industry for industrial sectors, especially automobile production.