Some of the Decree 126 provisions effective on December 5 related to the Law on Tax Administration, say that the total amount of corporate income tax (CIT) that enterprises temporarily pay in the first three quarters of the year must not be lower than 75 percent of the CIT amounts they have to pay for the whole year. 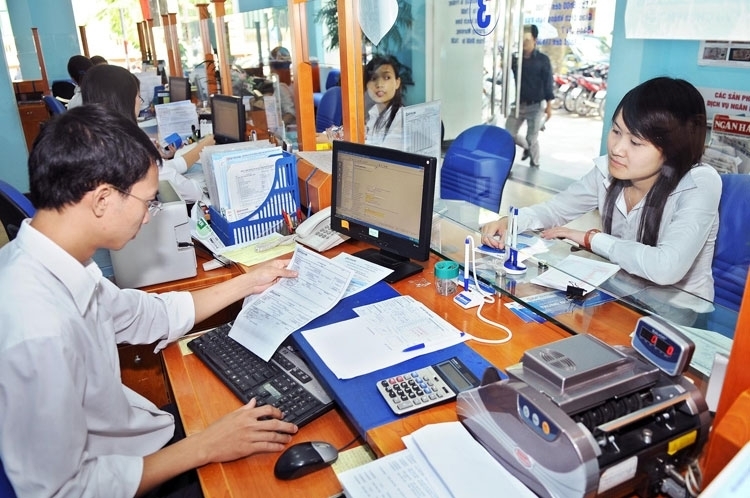 Dang Ngoc Minh, deputy general of the General Department of Taxation (GDT), told the press on the sidelines of the dialogue between enterprises and customs and taxation agencies held some days ago, that the state budget has a shortage and the purpose of the budget collection is to get money to pay for state management operations, especially to allocate to provinces that cannot cover expenses.

In other words, the budget collection progress plays a very important role in the operations of many localities.

Asked if GDT has received complaints about the new regulation from enterprises, he said these are just a few enterprises and they don’t represent the whole business community.

The official stressed that the tax collection must be done in reference to the local budget management and the benefits of society.

This means that despite the complaints, GDT is still determined to collect tax as planned.

In replay, GDT said it believes that this may happen but not regularly, because enterprises can foresee their business performance.

But enterprises disagreed with GDT about the uncommon number of cases that saw revenue soaring unexpectedly in Q4.

“GDT always sets estimates on state budget collections every year. Will it dare to affirm that it can collect 75 percent of the total budget collections of the whole year by the end of Q3?” a businessman said. “Will it be fined if it fails to do this?”

The businessman went on to explain that no business dares to set revenue targets quarterly, but they only dare set for the whole year.

“Everyone wants to fulfill yearly business plans, but unexpected things always occur. Businesses were preparing for the year-end sale season, when new Covid-19 infections were discovered in HCM City,” he said.

“Who dares to say he will make profit this Tet sale season? With the regulation, it is still unclear which businesses will take a loss and which will make a profit, but all of them now have to make temporary tax payments,” he said.

When the Decree 20 dated in 2017 on the tax administration applied to enterprises with transactions with related parties facing businesses’ complaints, the Prime Minister has repeatedly requested to amend the decree. It took three years to do this.

The decree covers only 8,000 businesses, 83 percent of which are foreign invested enterprises and 17 percent Vietnamese enterprises.

Meanwhile, the number of businesses to be affected by Decree 126 is much higher and the businesses are from many different economic sectors which face difficulties.

The regulation will have a big impact on enterprises and lead to serious consequences, even if it is amended later.

The director of an enterprise warned that businesses that have been hit hard by Covid-19 will become even worse because of the new regulation on temporary tax payment.

“You don’t have money, but you still have to pay taxes in advance, based on the estimated profit you may make in the future. It is just like taxing dreams,” he commented.

Meanwhile, according to GDT, the Decree 126 will take place on December 5. This means that enterprises, seriously affected by Covid-19, will not be affected by the new regulation this year, because the deadline for temporary tax payment was the last day of October, or Q3.

So, enterprises will only have to make temporary tax payment in accordance with Decree 126 by the end of October 2021.