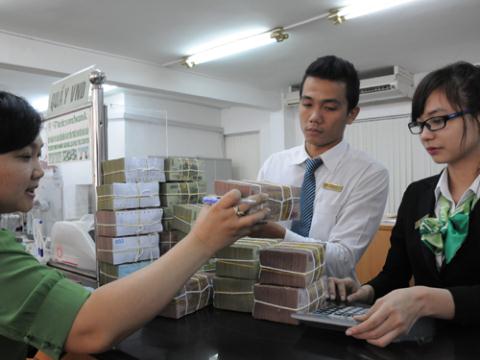 More than 1,300 businesses in HCM City were dissolved as of June 30 this year, an increase of seven percent if compared with the same period of 2013, while over 2,000 businesses had reportedly stopped operation.

The figures were released by the HCM City Planning and Investment Department.

A similar situation is also seen in Hanoi. The number of newly registered businesses has decreased, while the number of dissolved ones has increased.

A report showed that by the end of May, over 3,400 businesses had left their business addresses to be registered by competent agencies, while 800 businesses had been following procedures to declare dissolution.

The figures seem to have no relation to the State Bank of Vietnam’s statement in late May that outstanding loans had been increasing considerably.

Director of the State Bank’s Monetary Policy Department Nguyen Thi Hong then said the credit growth rate of the whole banking system by May 23 had reached 1.31 percent if compared with the end of 2013, double the 0.62 percent growth rate reached by April 22.

Also according to Hong, the total money supply (M2) had increased by 5.28 percent and mobilized capital had increased by 4.2 percent over the end of 2013. The credit growth rate has been attributed to economic recovery and interest rate reductions.

The picture of the national economy shown by the State Bank also proves to be different from that shown by local authorities.

Ngo Thi Doan Thanh, Chair of the Hanoi People’s Council, when reviewing the city’s economic activities in the first half of the year, said the local economic growth rate was lower than that of the same period of last year and lower than the targeted level, while businesses are still facing big difficulties.

The weak economy and the dissolution of a high number of businesses, according to economists, explain why commercial banks have poured big money into government bonds instead of lending to businesses.

The statistics showed that for the last several years, 80 percent of issued government bonds have been sold to commercial banks.

Nguyen Tri Hieu, a renowned economist, while commenting that the main function of commercial banks is pumping capital to the national economy, warned that 80 percent is an “overly high proportion”.

Nguyen Tran Bat, President of Investconsult, a consultancy firm, commented that government bonds now serve as the place for banks to “have a rest” while they have nothing to do. He compared government bonds with “antique items” that banks keep because they have too much money.

Buyers buy bonds to preserve their assets, while the government issues bonds to get money for spending. “This is just to help settle problems, and not to support development,” Bat said.