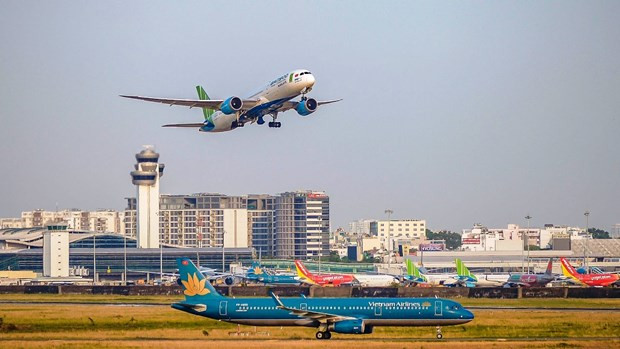 Deputy Minister of Transport Le Anh Tuan has asked the Civil Aviation Authority of Vietnam (CAAV) to promptly tackle flight delays and cancellations after latest data shows that up to 5,602 flights by domestic carriers were delayed in June (May 19 – Jun 18), accounting for 18.2%.

It showed that Vietjet Air was the least punctual with 2,885 flights delayed, equivalent to 24% of its total number of flights. Vietnam Airlines was the second worst in punctuality, with 2,230 postponed or 20.1%.

There were 65 flights cancelled during the period, making up 0.2% of the total.

Travel demand has been on a rise since the beginning of 2022 as a result of ease of COVID-19 restrictions. The number of passengers going through Vietnamese airports reached 40.7 million in the first half of this year, a year-on-year surge of 56.8%. They included 1.8 million foreign travellers, up 904.6% year-on-year.

Some 20.1 million passengers flied with domestic carriers in H1, up 56.1% year-on-year.

Vietnam’s domestic aviation market is recovering at the fastest pace in the world, growing 123% compared to the same period of 2019, before the COVID-19 pandemic broke out, according to the International Air Transport Association (IATA)./.
Source: VNA