A new air route connecting Da Nang city in the central region and Can Tho city in the Mekong Delta will be launched in 2014, according to Vice Chairman of Can Tho People’s Committee Dao Anh Dung. 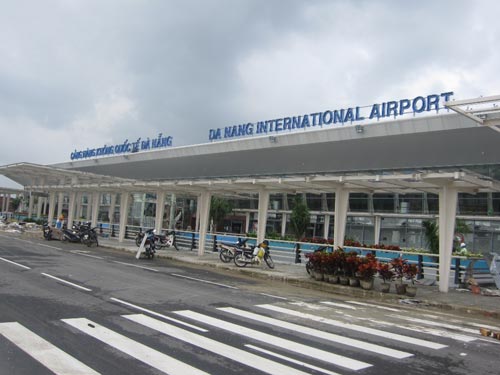 A new air route connecting Da Nang city in the central region and Can Tho city in the Mekong Delta will be launched in 2014, according to Vice Chairman of Can Tho People’s Committee Dao Anh Dung.

Dung made the statement while working with provincial agencies on preparations for a conference to open more flights to the Can Tho International Airport slated for late February.

According to him, the new air route will be served by three flights a week, catering for the demand of businesses and tourists wishing to see both the Mekong Delta and the central region.

It will play an important role in boosting economic and tourism development in Can Tho city and the Mekong Delta region at large, he predicted.

Can Tho International Airport was put into operation in 2010. It is now serving domestic flights to Hanoi, Phu Quoc and Con Dao islands as well as international flights to Taiwan (China) during Lunar New Year (Tet) holiday.-

The firm's profits increased by 25 per cent, compared with 2012. During the year, it welcomed 170,000 tourists arriving in Viet Nam by cruise ships. Saigontourist general director Vo Anh Tai told Thanh Nien newspaper that the company would continue to focus on improving its ability to compete, while working to see a 20 per cent growth.

The southern province of Dong Nai on January 8 signed a Memorandum of Understanding with a United Arab Emirates company promoting waterway tourism.

The MoU is expected to help with Dong Nai’s socio-economic development and expand the market of the Azure Marine CH company.

Addressing the signing ceremony, Vice Chairman of the provincial People’s Committee Phan Thi My Thanh hailed the cooperation between the two sides, asking the UAE company to design attractive tours in order to draw not only domestic but also foreign tourists to the province.

Earlier, the company had made a fact finding tour to local sites which are said to hold huge potential in tourism, including Cat Tien National Park , Tri An Lake and the grapefruit growing village of Tan Trieu.

The company pays heed to several models such as floating restaurants, biological tourism and luxury resorts.

It also hopes to popularise the province’s tourism to visitors from the Emirates.-