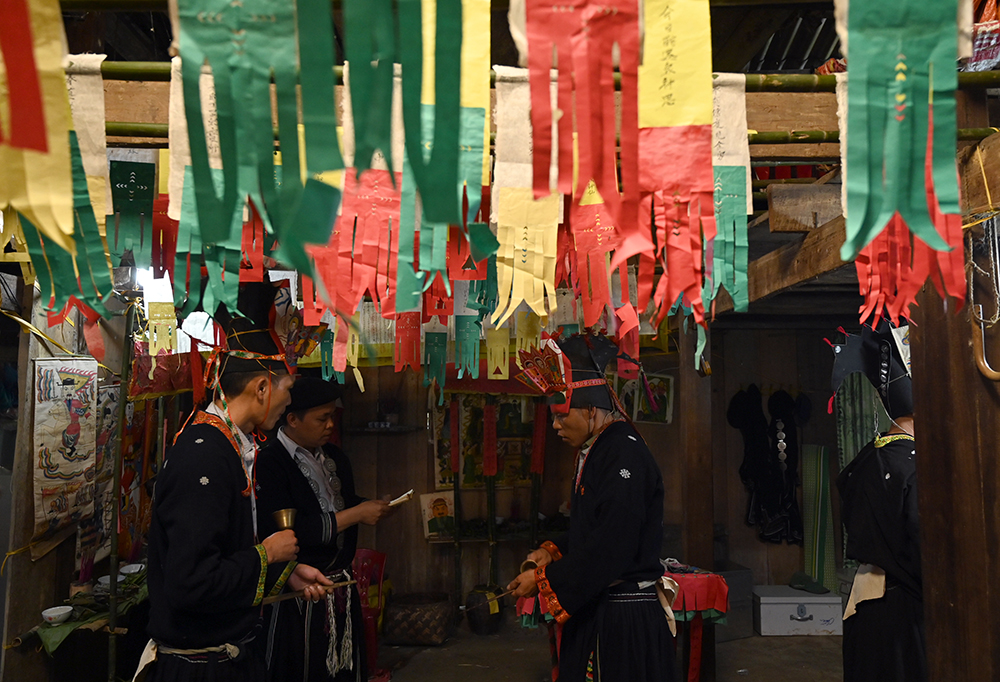 "Cap sac" ritual is divided into three levels: three lamps, seven lamps and twelve lamps, which mean the number of lamps the person passing the ritual is granted. Each level reflects a different meaning and level. The 12-lamp level ritual of Dao Tien people in Hoa Tham commune, Nguyen Binh district, Cao Bang province was held with the participation of the whole family, under the chair of head of family. 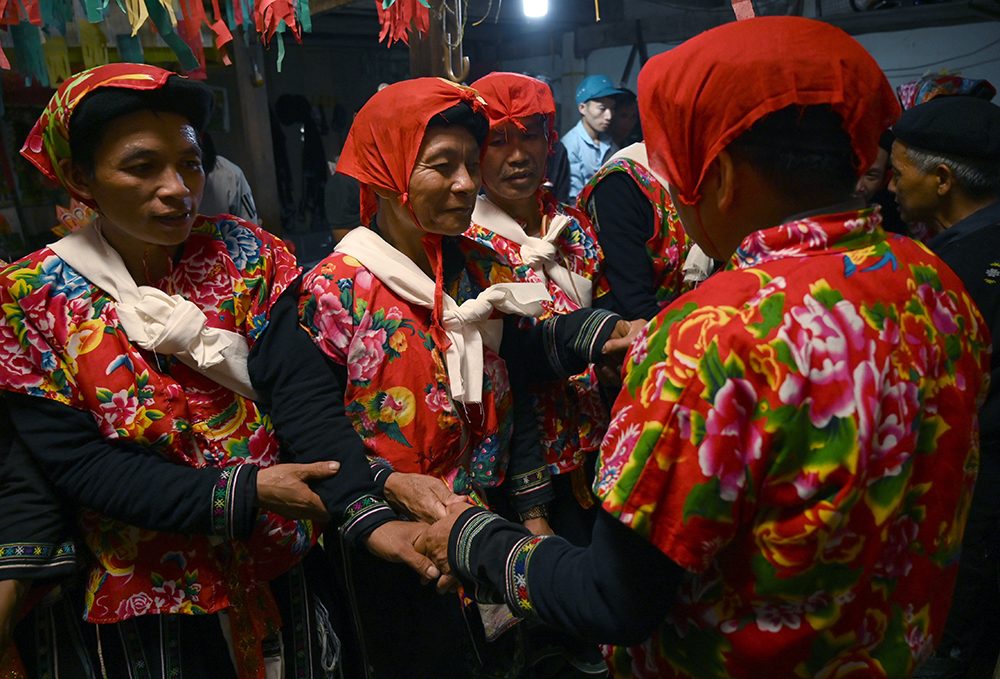 Due to the complexity of the 12-lamp level ritual, not all Dao families can afford the economics to perform the ceremony. After nearly 30 years, Trieu family in Hoa Tham commune has just organised the ritual. 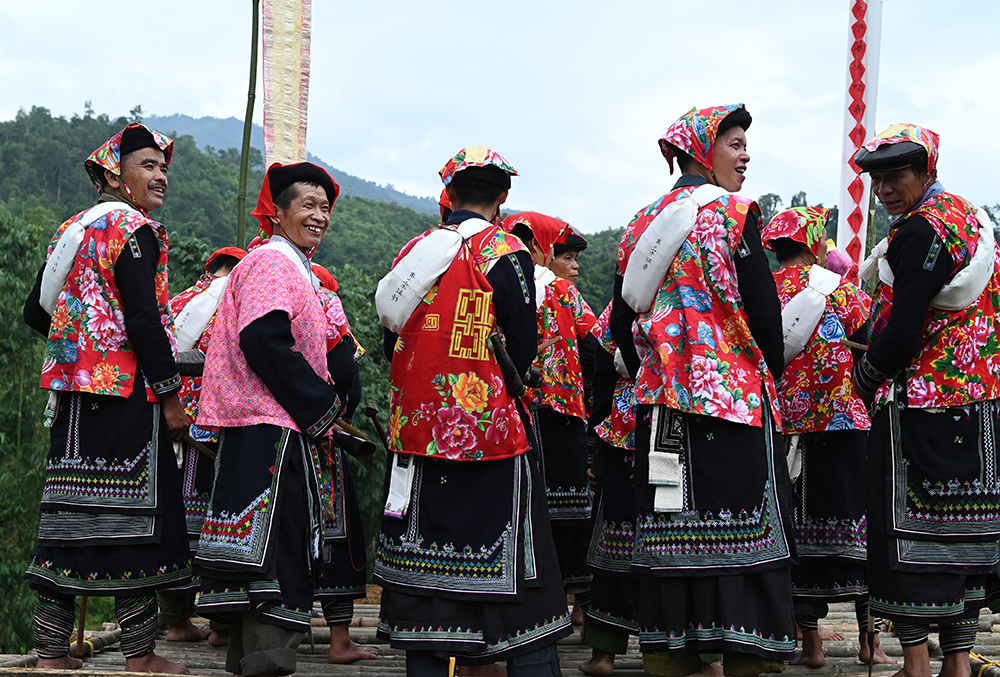 Fourteen couples were chosen in the family line, in which the husbands all had to go through three-lamp level ritual. 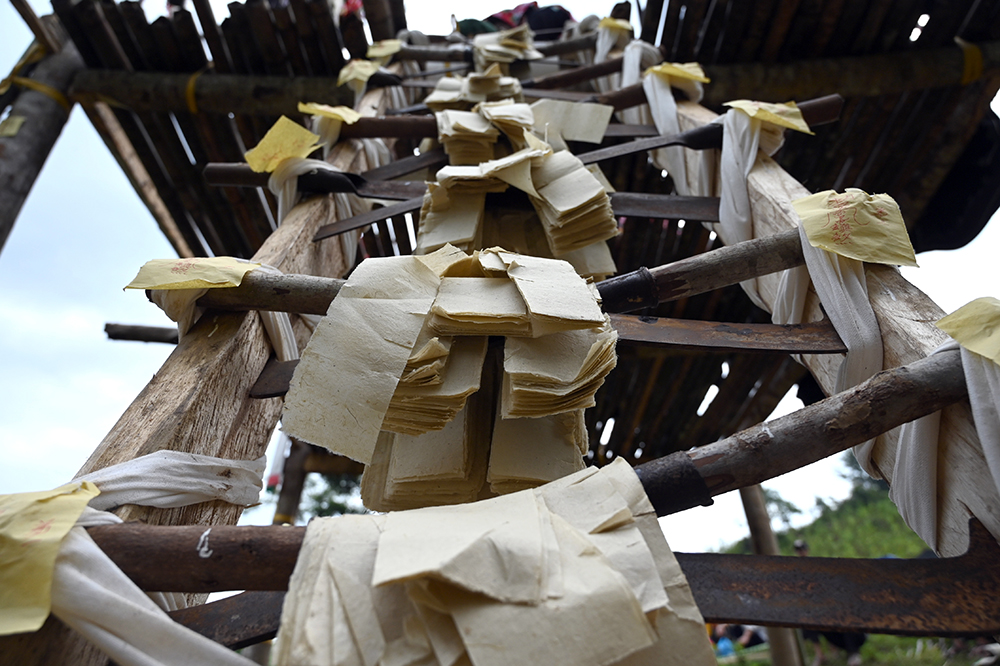 A special ladder for ascending to the altar, the steps made of crossed swords placed diagonally across each other. 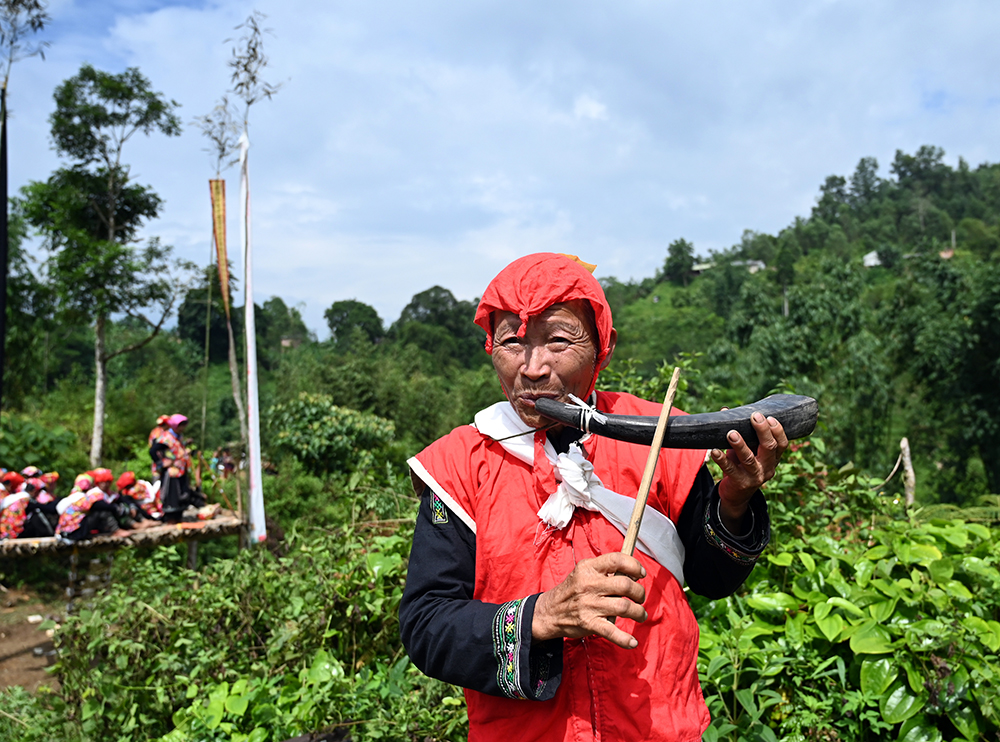 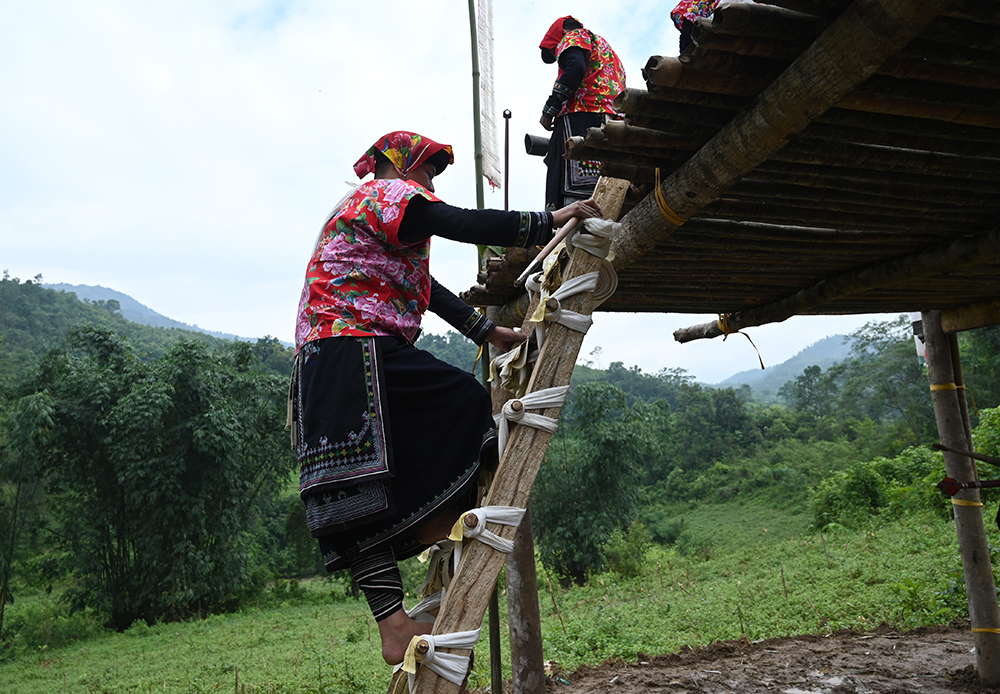 The head sorcerer implementing the ritual 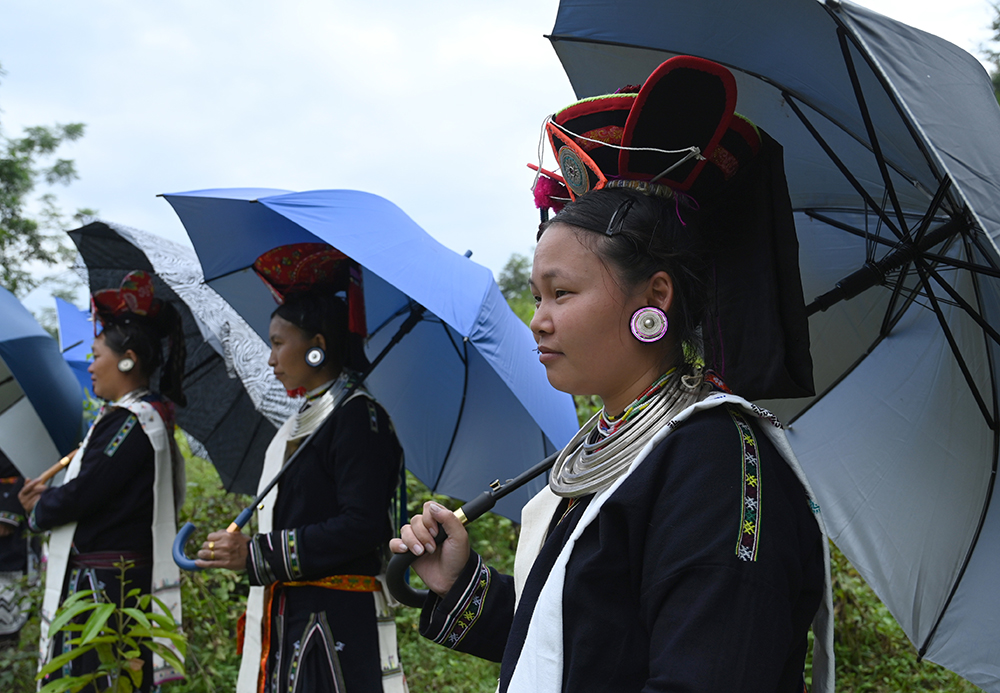 Wives in traditional costumes during the rituals 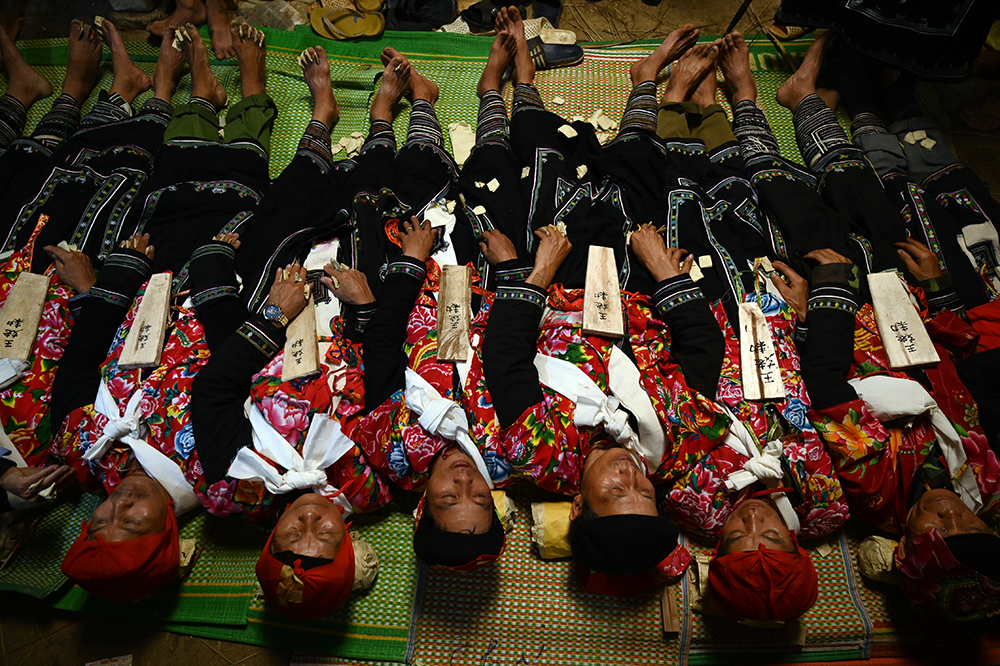 Unique spiritual rituals take place on the 3rd day of the ritual. 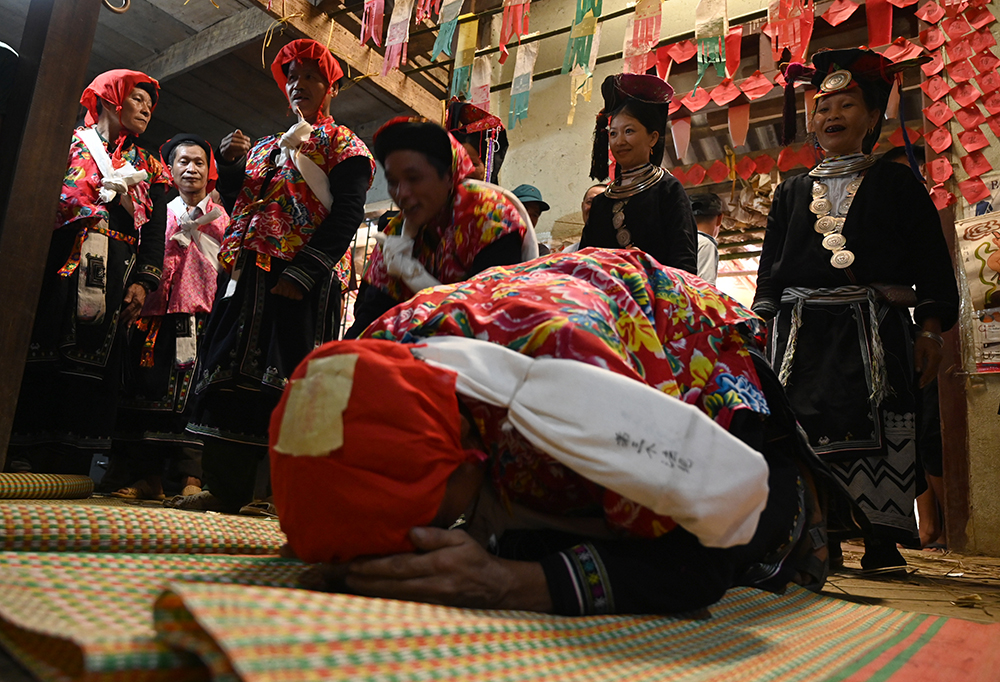 14 couples perform rituals in front of the altar, vowing to be together forever when they enter into the afterlife. 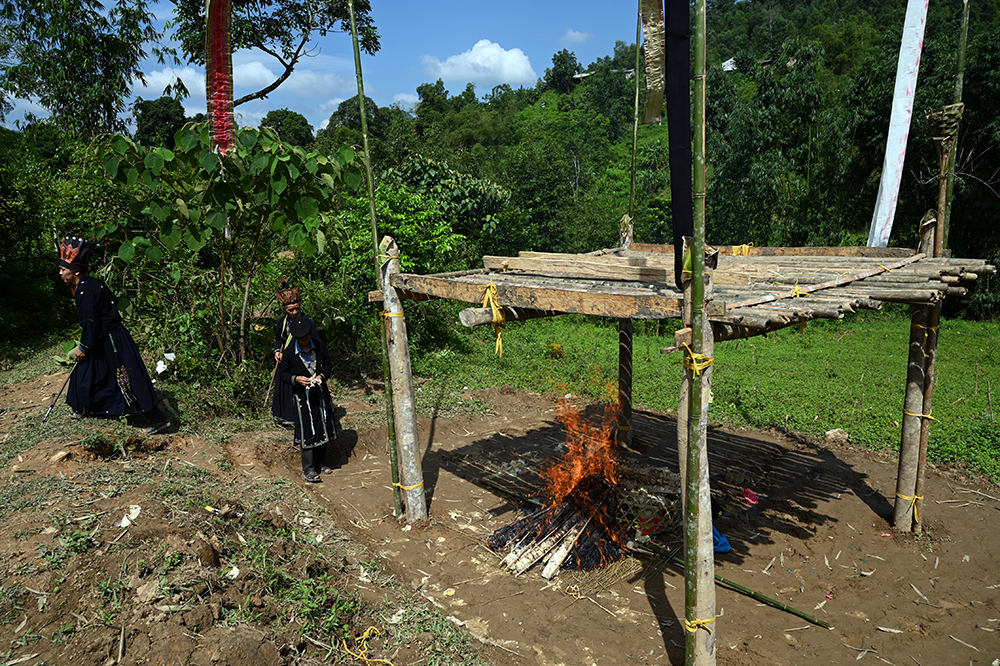 The ceremony ended with the burning of petitions to the gods about the promotion of the disciple to become a great magician. 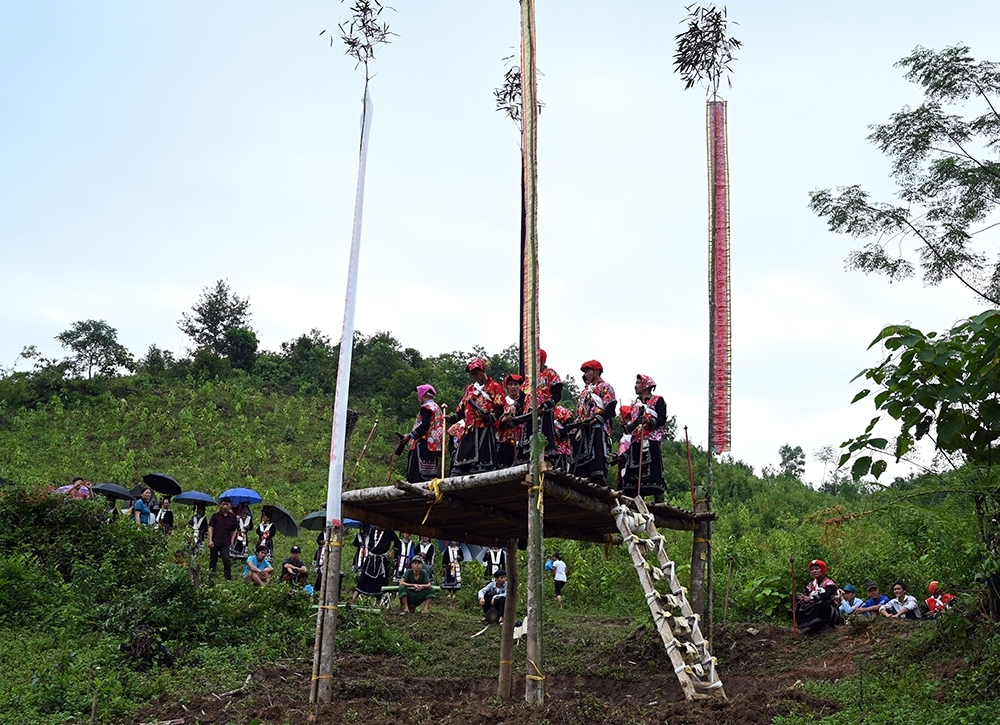 The 12-lamp level ritual including many important steps, taking place in five days four nights. After this ceremony, the man involved will be given 12 lights.