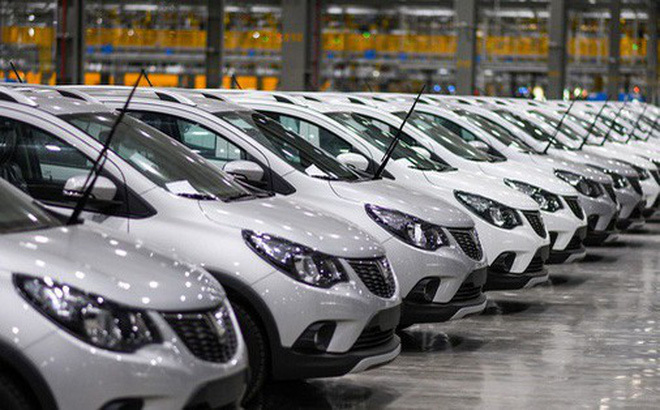 The Vehicles Importers Vietnam Association (VIVA) has sent a document to the Prime Minister and National Assembly on suggestions about the regulation on vehicle registration tax after hearing that the Government may, for the second time, ease the car registration tax by 50 percent applied to domestically assembled cars.

The document says though VIVA members understand that the registration tax cut plan aims to help automobile manufacturers overcome current difficulties caused by Covid-19, this is discriminatory treatment and unfair for imported cars.

According to VIVA, because of the lockdowns in many cities and provinces, all car importers had to suspend their business for a long time and are facing difficulties.

Imported-car distributors face big losses as sales agents and registration offices halted operation during lockdowns, while they still had to pay rent for retail premises, taxes, storage fees and salaries.

VIVA stressed that the discriminatory treatment on a national scale violates GATT (The General Agreement on Tariffs and Trade), an agreement of which Vietnam is a member.

In 2020, car importers and imported-car sale agents were adversely affected by the registration tax cut specifically applied to domestically made cars, a discriminatory treatment. The enterprises have 3,000 workers and though the sales are smaller than domestic manufacturers, they have to pay higher tax for every car.

“Covid-19 has had a big impact on all car enterprises. Therefore, we believe that the registration tax cut must be applied to CBU (complete built unit) imports as well. This will be support for the whole community,” the document says.

The Vietnamese automobile market has been strongly hit by Covid-19. Auto importers and distributors in Vietnam have had to suspend operations, and car sales have declined for many months.

Nguyen Minh Dong, an automobile expert, agreed that the registration tax cut should be applied to car imports as well to ensure fairness in doing business. He said the pandemic has caused serious damage to most businesses in Vietnam, not only domestic automobile manufacturers.

He said importers who make great contributions to the state budget and use many workers need support from the State.

He went on to say that the registration tax cut for imports won’t cause the state budget to lose revenue, but will help increase collections from tax.

When the Ministry of Finance (MOF) planned the 50 percent registration tax cut on domestically made cars in 2020, it estimated that the state budget would lose VND3.7 trillion in revenue.

However, the General Department of Taxation (GDT) reported that the tax cut, applied from June 28 to December 31, 2020, helped increase the state budget revenue by VND11.2 trillion, including VND8.2 trillion from luxury tax and VAT, and VND3 trillion from registration tax. The collections from registration tax decreased, but car sales increased, which led to higher revenue.

In 2008, the financial crisis and global recession occurred. On May 1, 2009, the Government and National Assembly decided to cut 50 percent of car registration tax and VAT, applied to all cars, even if the cars were domestically made or imported.

Experts said if imported cars can enjoy 50 percent registration tax cut, luxury buyers will be the biggest beneficiaries. A Rolls-Royce which has the sale price of VND30 billion now bears the registration tax of VND3-36 billion (localities set different tax rates). With the 50 percent reduction, buyers will save VND1.5-1.8 billion. The buyers of luxury cars will save VND250-300 million.

The buyers of popular car models will also benefit from the tax cut. Those who buy Toyota Cross which is now priced at VND720-918 million will save VND36-60 million.

Meanwhile, a tax cut, if approved, is expected to pose challenges for domestic manufacturers. Imported cars, which have production costs 15-20 percent lower than domestic cars, will be very competitive in the Vietnamese market.

The General Department of Customs (GDC) reported a sharp rise in car imports in the first nine months of the year, despite Covid-19. As many as 114,377 cars were imported during that time, including 78,282 cars with 9 or fewer seats, an increase of 57.8 percent over the same period last year.

The Vietnam Automobile Manufacturers’ Association (VAMA) reported that sales had decreased by 6 percent as of the end of September. Meanwhile, imports had increased by 26 percent compared with the same period last year.

The registration tax cut on imports will benefit Thailand and Indonesia, if noting that 70 percent of imports with less than 10 seats to Vietnam are from these two countries.

An analyst said the tax cut will also benefit domestic automobile manufacturers, because they also import cars for domestic sale.

The Vehicles Importers Vietnam Association (VIVA) has submitted a written proposal to the Ministry of Finance regarding a 50% cut in car registration fees.