Vietnam’s automobile industry not only has to compete with veterans Thailand and Indonesia, but also with new manufacturers in Laos, Cambodia and Myanmar. 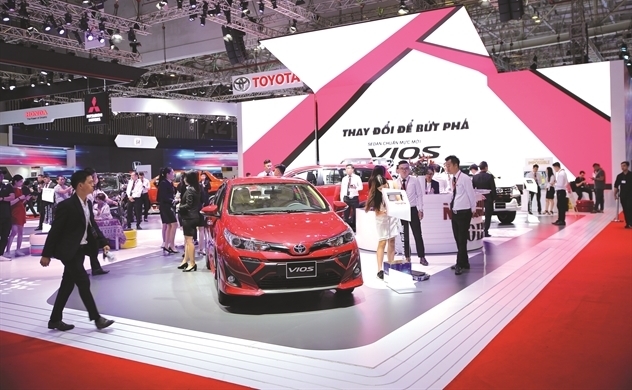 “At first, I intended to buy a domestically assembled car, but I finally changed my mind after realizing that imports are just a bit more expensive than domestic products,” he explained.

“Vietnamese still prefer imports, because imports are believed to have a higher quality,” said Dinh Van Dung, the manager of a car showroom in Hanoi.

According to the Ministry of Industry and Trade (MOIT), Vietnam may see a car trade deficit of $3.4 billion in 2019.

Analysts said competition between domestic and imported cars has increased in recent years. After the FTA between Vietnam and ASEAN countries took effect, imports from Thailand and Indonesia appeared in large quantities as they became cheaper thanks to the tariff cuts.

In the time to come, the FTAs between Vietnam and the EU, Japan and Mexico with their commitment of slashing the import tariff to zero percent will make the Vietnamese automobile market more competitive.

Besides, according to MOIT, Vietnam’s automobile industry will also have to compete with new manufacturers in the region, including Myanmar, Laos and Cambodia.

In Vietnam, there are about 40 automobile manufacturers and assemblers with total capacity of 680,000 products a year. Toyota Vietnam, Truong Hai Automobile (Thaco) and TC Motor (Thanh Cong) make up 65 percent of sales.

It is expected that domestic assembling capacity may reach 1 million products a year. MOIT warned that if there is no reasonable policy to encourage people to use domestically made cars, Vietnam’s automobile industry would face big difficulties.

Concerned about the performance of the domestic automobile industry, the ministry and the State Bank of Vietnam are working on a policy on preferential loans to domestic car buyers to encourage domestic production.

A survey found that five out of 10 car buyers have to borrow money at relatively high interest rates of 7.4-9.6 percent per annum.

Prime Minister Nguyen Xuan Phuc has instructed the Ministry of Finance (MoF) to look at taxes and fees related to automobile manufacturing and assembly in order to help the sector grow.