Car manufacturers resume assembling of some models in Vietnam

As Vietnam has set new policies to encourage domestic production, car manufacturers have resumed the assembling of some bestsellers in Vietnam to enjoy incentives.

Under Decree 57 which took effect on July 10, the car part import tax was removed.

The vehicle registration tax has been cut by 50 percent, applied to applications from now to the end of 2020. 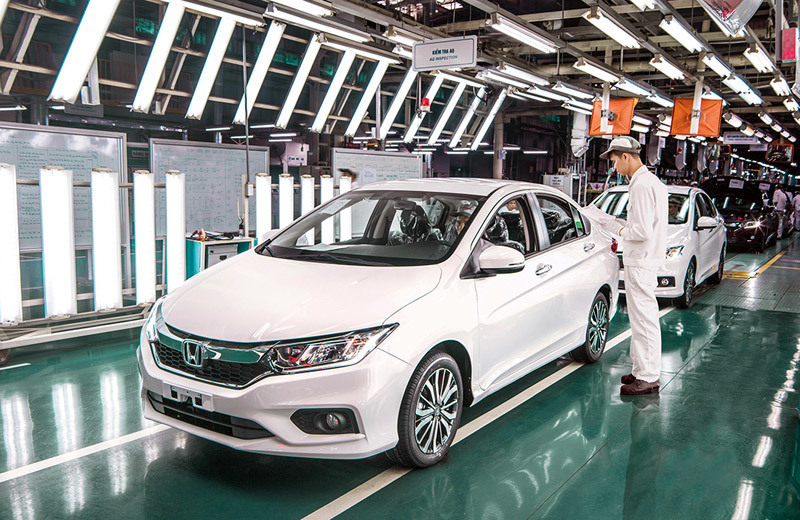 With big incentives offered by new policies, some car manufacturers have begun resuming domestic assembling instead of continuing to import cars for domestic sale.

Honda CRV, Fortuner of Toyota and Xpander of Mitsubishi, the three best sellers of the crossover, SUV and MPV market segments, respectively, have been and will be assembled in Vietnam.

Previously, Honda and Toyota decided to stop assembling Honda CRV and Toyota Fortuner in Vietnam. Instead, they imported cars from Thailand and Indonesia for domestic sales to optimize the profit. The assembling in Vietnam was expected to be costly and uncompetitive.

However, the manufacturers have changed their production strategies, resuming assembling in Vietnam after attractive policies were set.

Nguyen Van Nam, an economist, agrees that automobile manufacturers are resuming assembling in Vietnam to enjoy the investment incentives, but thinks that the manufacturers also are considering long-term development strategies.

All car markets in the world have seen a decline in recent months because of the pandemic. The automobile factories in Thailand, Indonesia and China face difficulties exporting products to the US and Europe.

Meanwhile, Vietnam is a very promising market and has been growing fast, though it remains small.

Vietnam has signed the EVFTA, which means that manufacturers assembling cars in Vietnam will receive favorable conditions to export products to the EU and enjoy preferential tariffs.

Vietnam has succeeded in attracting foreign automobile manufacturers but it needs to take full advantage of the opportunity to develop the Vietnamese automobile industry.

Meanwhile, some analysts warn that once car manufacturers do not have to pay tax for car part imports, Vietnam will fail to encourage the manufacturers to use domestic products.