The 30 biggest taxpayers named by the General Department of Taxation (GDT) include two automobile manufacturers – Toyota Vietnam and Thaco. 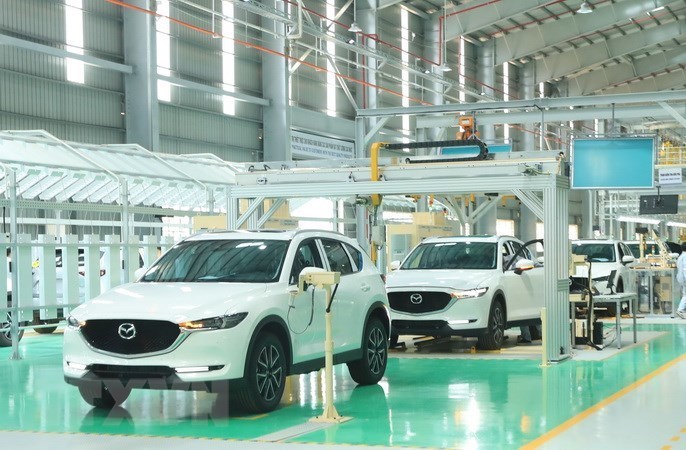 In general, automobile manufacturers are big taxpayers. In 2018, Mercedes Benz Vietnam ranked 70th and Ford Vietnam 74th on the list of 1,000 biggest taxpayers released by GDT.

On cars with 9 and fewer seats, the taxes imposed on them are estimated to make up 30-70 percent of the selling prices of the models.

In the case of Toyota, which sold 650,000 cars and paid tax of $9.4 billion, the manufacturer had to pay VND300 million in taxes for every car sold.

The Ministry of Planning and Investment (MPI) has recently said that car prices in Vietnam are 2-3 times higher than in Thailand and Indonesia, and the price gap is even wider compared with the US and Japan. The chief reasons behind the high prices are high taxes and fees.

This explains why the Vietnamese car market is small and manufacturers don’t want to increase their output. Because of the low output, the production cost is high and the selling prices are high.

The car market has seen high growth rates in recent years, but the ratio of 23 cars per 1,000 people is much lower than that in regional countries.

Vietnam has a population of 96 million, but it has 3 million cars of different kinds only. If counting only private cars, which account for 55 percent of total cars, the figure would be even lower. Only 2 percent of the population has a private car.

Vietnam’s GDP *gross domestic product) per capita was $2,740 a year in 2019, while car prices here are 2-3 times higher than the rest of the world. Cars remain unaffordable for most people.

Meanwhile, some neighboring countries encourage people to buy cars. In Thailand, for example, there are programs under which people can borrow money at an interest rate prop-up to buy cars. And Indonesia has promoted programs on making low-cost cars priced under $10,000.

As the car prices are low, the car markets in the two countries are large enough to encourage automobile manufacturers to make big investments.

Vietnam has a total personal car assembling capacity of over 500,000 products a year, but automobile factories are running at just 50 percent of capacity. The dream of owning a cheap car remains distant for most Vietnamese.