The State Bank of Vietnam will increase its interference in the foreign currency market and stay ready to pump money to the market more frequently. 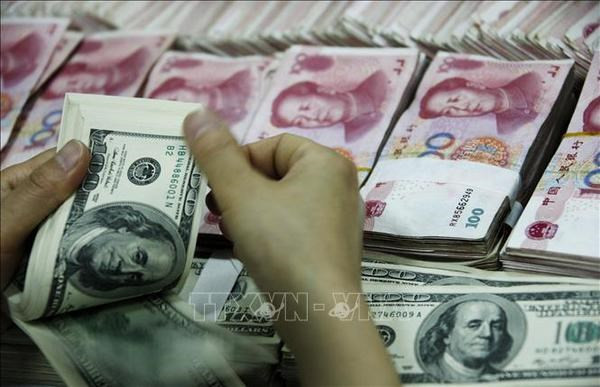 The State Bank of Vietnam (SBV) will increase its interference in the foreign currency market and stay ready to pump money to the market more frequently, thus creating favourable conditions for credit institutions to meet the demand for legal foreign currencies of organisations and individuals, according to Vice Director of the SBV’s Monetary Policy Department Pham Chi Quang.

The official said that since the beginning of 2022, the international market has developed complicatedly and unexpectedly, negatively affecting the global economic-financial system.

In this context, central banks have tightened the control over monetary policies and increase operational interest rates to rein in inflation, resulting in strong developments in the financial-monetary market, he noted.

The USD/VND exchange rate has so far increase about 2 percent over that in the end of 2021.

The SBV has managed the interest rate towards the creation of room for the exchange rates to develop flexibly and absorb shocks from the outside, while interfering in the market to minimise the over-fluctuation of the rates, contributing to stabilising the foreign currency market as well as the macro-economy, and controlling inflation, he said.

Since the beginning of this year, the SBV has sold foreign currencies through suitable methods, meeting the demand of the economy and maintaining the VND liquidity to support the VND interest rate stability, thus assisting the socio-economic recovery and development process, said Quang.

According to the bank, the 2 percent rise in USD/VND exchange rate since the end of 2021 is suitable to the conditions and development of the domestic and foreign markets as well as the target of the monetary management policy in stabilising the monetary market and macro-economy as well as reining in inflation.

Quang said that in the time to come, the SBV will coordinate with relevant agencies to make concerted management over VND liquidity to ensure the stability of exchange rates, foreign currency market and interest rates. He revealed that in recent years amid the favourable conditions of the market, the SBV has purchased a large amount of foreign currencies.

The official underlined that the selling of foreign currencies more frequently to the market will help satisfy the requirements for foreign currencies to buy necessary products serving domestic production and export, thus stabilising the market and support the economic recovery./.
Source: VNA