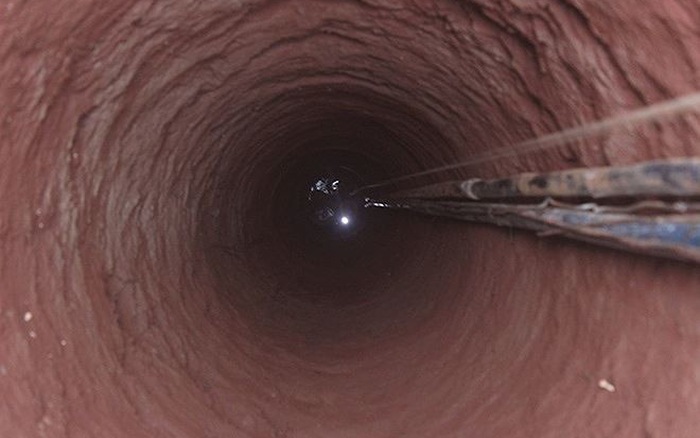 The dry season and drought have led many ethnic people to become well diggers. There are potentially high earnings in the Central Highlands during the dry season. But without proper equipment, many accidents occur. Three members in a family in Gia Lai died from suffocation in an unfinished well.

The well-diggers only need shovels, ropes, and tree branches and experience. Old wells with toxic gas are death traps waiting for them.

On May 15, one died and four people were injured in Kong Htok Commune. Siu Mang wanted to make his old well a bit deeper as the water ran out. He poured fuel into the well to burn insects. When Siu Mang went down the well, he suffocated and fainted. The villagers tried to help but also fainted in the well. Three others were luckily brought above ground. Siu Mang died afterwards.

A month ago, two brothers in Phu Quang Village tried to dig deeper a well that was over 20 metres deep. The well had been abandoned for a while but the brothers didn't deal with the situation correctly. They were brought to the Gia Lai General Hospital but died afterwards.

A group of diggers in Al Ba Commune said they dug a well with a diameter of one metre. But at 20 metres deep, they still couldn't find water. They used only wood and a simple pulley system with plastic buckets.

Brel, head of the group, said, "I've dug wells for a long time here. This is all we use. We know it's dangerous but you have to try everything when there's no water."

Brel and other diggers know that old and abandoned wells are the most dangerous traps. Brel said ignorant diggers will faint very quickly and die due to the lack of oxygen. According to Brel, his group often slowly drop a candle down an old well. If the candle is put out then there is evidence of toxic gas. They will use a fan to clear the air first and start working several days later.

As the underground water level is dropping during dry season, the demands for wells actually increase and they have to dig deeper and deeper. Laodong/Dtinews