VietnamNet Bridge – Charnel house statues – part of the unique cultural identity of the Central Highlands ethnic groups, are likely to disappear because of theft.

VietnamNet Bridge – Charnel house statues – part of the unique cultural identity of the Central Highlands ethnic groups, are likely to disappear because of theft. 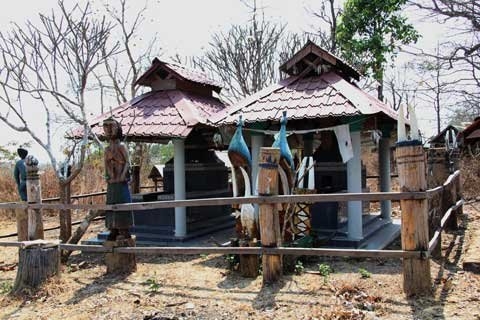 The Central Highlands, with its unique culture, has become the destination of antique traders and collectors in recent years. Charnel house statues are among their most favorite items. Many grave statues have been stolen. As a result, traditional wood-made statues are being replaced by concrete statues.

In Buon Don District, Dak Lak province, the home to Ede ethnic people, the number of charnel houses with statues is very small and most of the statues are decayed. 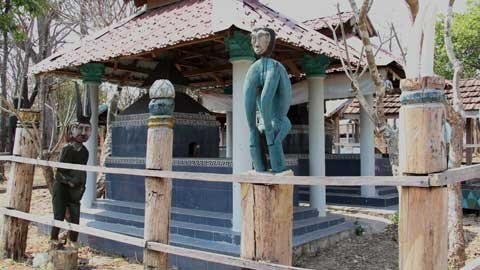 At the charnel house of the K’nul family, where groups up the tombs of famous elephant hunters and tamers, there are only a few statues for rich people in the family who have passed away recently.

It is strange that all of these statues are fixed permanently by concrete. Mr. Ami Phuong, who is in charge of managing the charnel house, says that this house used to have many statues but not long ago, someone broke into the house to take away dozens of statues.

Since then, to protect statues, whenever one in the family dies and is buried with charnel statues around, the new statues are fixed by concrete.

In addition, to increase safety, the family has spent over VND200 million ($10,000) to build a concrete wall around the charnel house.

Worrying of theft, some families have given up the Le bo ma or the grave-leaving ceremony (the last farewell of the living before seeing off the dead to the other world) to build concrete tombs instead. Thus, charnel house statues are no longer carved.

The philosophy of charnel house statues 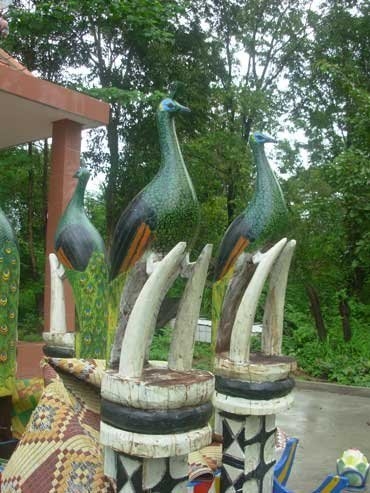 Charnel house statues are carved for the dead as the last keepsakes of the living for the dead. Through the statues, one can see a lively world that describes the full emotions of human in life and the philosophy of the circle of life (birth, aging, sickness, death).

The grave-leaving ceremony is often held in March. According to tradition, a true ceremony must be prepared very carefully, with lots of sacrifices like cows, buffaloes, pigs and chickens. Depending on financial ability, each family will hold big or small ceremony, with more or less grave statues.

At the ceremony, the family will worship both the dead and the statue carver. The carver plays an important role because they must understand the nature of the dead in order to make statues that can please the dead.

Statues at charnel houses are usually divided in different groups, showing different philosophies. The group of statues with their chins on their hands and sad faces means they are sorry for the dead and they always follow the dead with their eyes. 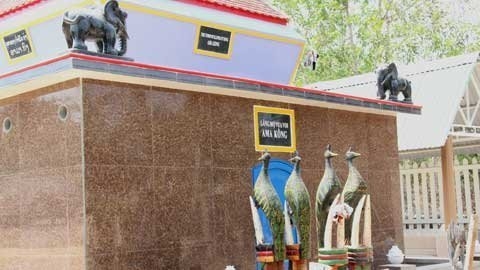 The group of statues of dogs carrying monkey on their heads while beating the drum means that the grave-leaving ceremony is very crowded and boisterous, that even animals like dogs and monkeys also come to join the ceremony.

The group of statues of peacock and ivory elephant’s tusks shows the nobility, wealth and the power of the dead.

Ay Bep also expresses his worry of the disappearance of charnel house statues because the young people are no longer interested in grave-tomb carving while statue carvers are getting old.