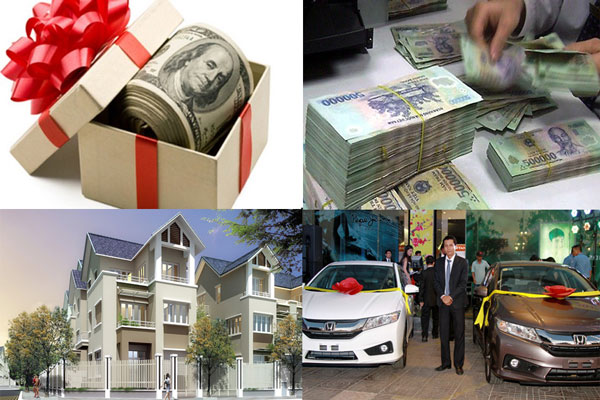 The Hoa Sen annual shareholders’ meeting approved a plan to issue 3.5 million ESOP shares on the occasion of the 15th anniversary of the group's establishment at the price of VND10,000 per share, much lower than the market price of VND50,000.

This means that Hoa Sen’s workers will have to pay VND35 billion to get shares worth VND180 billion.

Prior to that, Vinamilk, the nation’s leading dairy producer, issued 9 million ESOP shares worth trillions of dong to its staff at a price just equal to one-quarter of the market price.


Masan Group caused a surprise when it, for the first time, decided to pay dividends of 30 percent in cash and pay the bonus in shares with the ratio of 2:1.

Bankers were the most generous in rewarding their staff. A source said Techcombank’s excellent officers can expect a bonus equal to 7 months’ salary.

Meanwhile, Vietcombank is said to offer the Tet bonus of VND170 million to every officer.

Real estate developers, which have experienced good years in 2015 and 2016 thanks to the warming of the market, will also offer big Tet bonuses.

Businesses also reward their staff in shares through ESOP programs. Some dollar millionaires have appeared thanks to their great contribution to enterprises for which they received bonus shares.

In 2013, the public was stirred up by information that Madhur Maini, CEO of Masan Group, unexpectedly listed his name in the list of top 30 richest stock millionaires thanks to 6 million ESOP with the market price of VND500 billion.

The rapid development of The Gioi Di Dong in recent years with the sharp share price increases have helped many The Gioi Di Dong shareholders enter the list of the top 50 stock millionaires.

Nguyen Duc Tai, chair and CEO of The Gioi Di Dong, now ranks sixth on the list with VND3.6 trillion worth of stock assets.

Mai Kieu Lien, who was CEO and chair of Vinamilk, also pocketed tens of billions of dong with 350,000 VNM shares which she bought in the ESOP program with the price  equal to 1/10 of the market price.