China benefits the most from Vietnam’s trade surplus 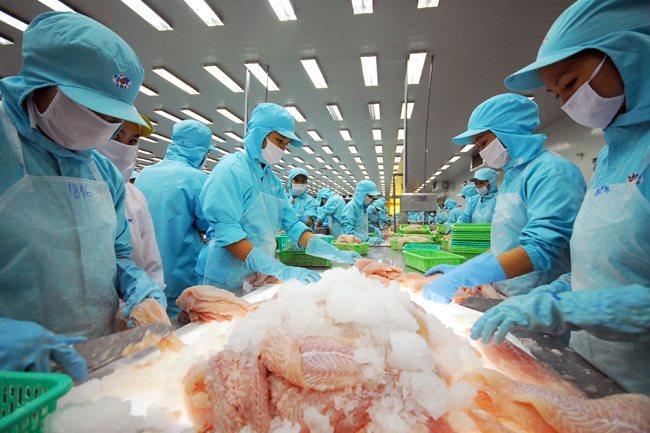 Foreign trade statistics show that Vietnam has always gained a trade surplus with the United States, the EU and Japan while the country’s trade with China and South Korea has constantly been in deficit and this trend has been growing. In 2010, Vietnam’s trade deficit with China was US$12.5 billion. In 2019, the figure was US$34 billion, 2.7 times higher against 2010. The deficit with South Korea also rose from US$6.6 billion in 2010 to US$27.3 billion in 2019.

According to estimated figures in 2020, Vietnam’s trade with the EU fell slightly, with exports to the bloc down by 15% and imports from the bloc down about 2%. Exports to the United States increased strongly, at 26%, but imports dipped about 5%, so the trade surplus with the states in 2020 soared 35% from 2019, from US$46.9 billion to US$63.1 billion.

Vietnam’s exports to the United States and the EU are mainly sub-contracted goods. Telephones and components account for about 15% of total exports to the states and end-consumption products like textiles, garments and footwear 35%.

A rough calculation from the inter-country input-output model for Vietnam, the EU, the United States and China with figures from the Organization for Economic Cooperation and Development (OECD) shows the ripple effect of end-products and final demand of each country on the production value of that country and countries with which it has trade relations.

One of the preliminary results shows that exports of sub-contracted goods and essential goods for end-consumption do not have much ripple effect on the production and the added value of Vietnam but on the production and the added value of countries from which Vietnam imports input materials for the sub-contracted goods. Of note, about 60% of Vietnam’s import value from China over the past many years has gone to spending for intermediary costs, 30% to gross capital formation and only 10% to end-consumption of the Vietnamese population.

It can be observed therefore that Vietnam’s trade surplus with the United States and the EU can have a strong ripple effect on the production and the income of China. As a matter of fact, it is what to export that counts and is worth mentioning as an achievement. Exports do not have much significance if they are merely sub-contracted goods for other countries, and the country that benefits from Vietnam’s “export achievement” can be China or South Korea.

The General Statistics Office is conducting an in-depth study into this issue to find quantitative evidences and suggest policy recommendations for economic restructuring towards harmonious, sustainable growth.