The first consignments of litchis grown in Hai Duong province shipped to Singapore hit the newspapers. 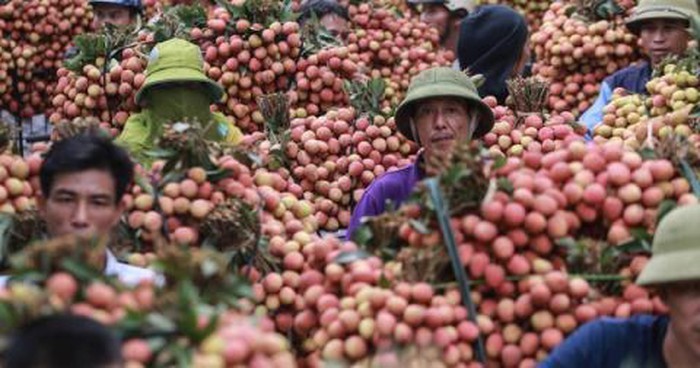 But it appears that the export of hundreds of thousand of tons of fruits to China doesn’t matter because fruits have been exported to China for many years and it is not "new" news.

Only when troubles occur with the Chinese market, which makes it impossible to export fruits to China and leads to an oversupply, will local newspapers publish stories about the market.

Vietnam’s products can satisfy requirements in quality, design and packing and can be accepted by many markets.

Experts and government officials have called on Vietnamese businesses to diversify markets because China is an unstable market.

However, Nam believes that in the long term, China will remain a big market for Vietnam.

He said Vietnamese exporters need to study the Chinese market to better understand it. The vast market doesn’t set overly high requirements and it regularly imports products in large quantities.

“Even the US and Europe want to sell products to China, let alone Vietnam, which is right next to the country,” Nam said when asked if Vietnamese exporters should restrict exports to China because of existing problems.

“It would be foolish to miss such a vast market,” he said.

Nam went on to point out that Vietnamese businesses mostly sell farm produce to Chinese provinces near the border with Vietnam. They could get higher profits if they export products through official channels, targeting choosier consumers.

Businesses need to both exploit the Chinese market and diversify markets, Nam said. Hoang Anh Gia Lai Group is an example. It exports bananas to Japan, South Korea and Singapore, while China buys 70-80 percent of its exports.