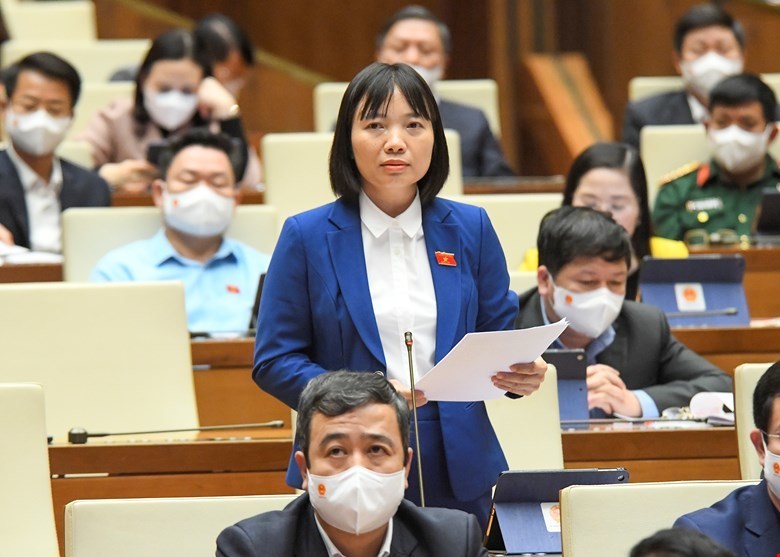 Hoang Anh Cong, a National Assembly deputy, spent his speech during a discussion session on November 9, 2021 talking about an “epidemic” that has existed for a long time and spread quietly among civil servants at different levels, posing danger to the country’s development. He called the disease “fear of responsibility”.

He said many cadres, when performing public duties, dare not make decisions because they fear they have to take responsibility for decisions.

Such people who are afraid of responsibility can be seen in the fight against the pandemic. Many localities have not bought medical equipment because they feared they might violate regulations and could face discipline.

“Though the Government has released regulations on safe adaptation to the new normal, many localities are still trying to prevent entry to their areas, an extreme measure to prevent the spread of coronavirus. They install technical barriers to restrict trade exchange and goods circulation, because they fear that if a new pandemic wave breaks out in their localities, they may face discipline.”

The fear of responsibility can be seen in public investments. Most key projects are going slowly because of slow disbursement by ministries, branches and local authorities, despite the Government’s measures to fix problems.

There are many factors that cause these fears. But the main reason is the overlapping of many legal documents and the contradictory nature of some documents.

Some people are not active in their work, and just keep to the principle “a bad compromise is better than a good lawsuit”. They don’t dare do anything though they believe it may be right, and don’t dare struggle against wrongdoing. They are insensitive to people. Meanwhile, the civil servants who are dynamic, creative, and “dare to think, dare to do, dare to fight” are disciplined for their behavior.

The Politburo has released a decision to protect those people who dare to think and dare to do for the common interest of the people.

If civil servants implement a pilot program and the results are not good, or damages occur, competent authorities need to identify the causes of the failures, and make an impartial assessment to deal with it appropriately.

If the staff are pure of heart and act in the common interest, they will be considered for an exemption or a reduction of responsibility.

Cong said that it’s necessary to institutionalize this policy with legal regulations. If it is not legalized, the staff who dare to think and dare to do won’t be protected.

Embezzlement among the elite

Nguyen Thi Viet Nga, a National Assembly Deputy from Hai Duong, expressed her concern about human resources quality, and the role of staff who play a very important role in coping with the pandemic and recovering the economy in the post-pandemic period.

She noticed that Covid-19 has made the labor force, which was generally weak in quality, has now become weak in quantity as well. Some workers have left cities and industrial zones for the countryside.

She proposed that the Government pay more attention to training and developing human resources in general and a high-quality workforce in particular.

She stressed that the quality of vocational education must be improved for future needs. Meanwhile, existing workers need to be retrained and given opportunity to access high technologies. Measures to retain high-quality workers and restrict the brain drain are also important.

Noting the ‘brain drain’, Nga said this is a sad problem that has existed for a long time. This is occurring with the public sector, and it’s very difficult for state agencies to retain high-quality officers.

To solve this problem, Nga believes that the key lies in wage reform.

“Wage reform has been modest in the last years,” Nga said.

Wage reform doesn’t mean just spending more money from the state budget to pay higher wages to workers. This should be seen as an investment in human resources, the most important factor that determines socio-economic development.

She emphasized that wage reform is an important solution to prevent embezzlement.

The damages caused by embezzlement cannot be fixed within a short time, and the biggest consequence is the loss of foreign investors’ and public confidence.

Competing for human resources is inevitable in socio-economic development. In order to attract talented people, it’s necessary to offer decent pay for them.

As mentioned in Part 1, stagnation has taken root in many fields, and personnel work, especially cadre planning and rotation, is no exception.