Gaining a victory will be the main priority of the Vietnamese national men’s football team going into their upcoming match against Malaysia in the AFF Cup 2020’s group stage which will take place on December 12 in Singapore. 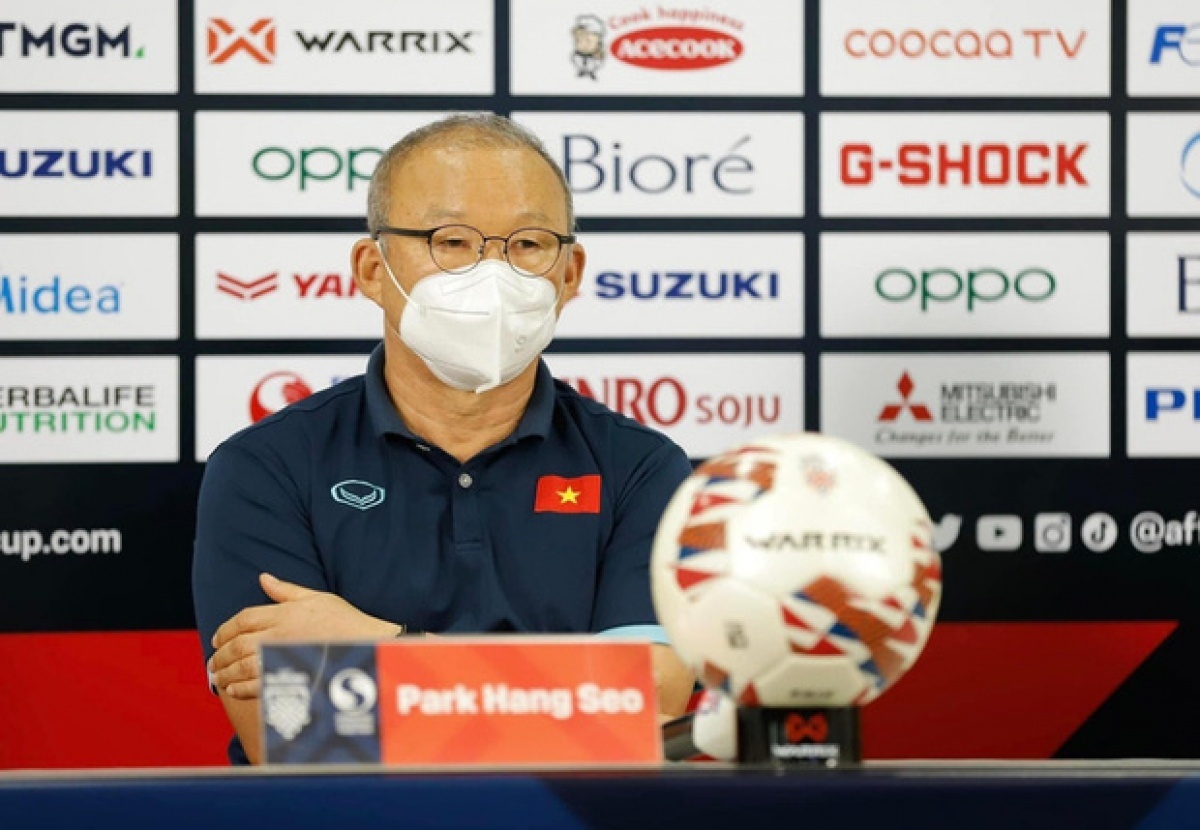 At a press conference held on December 11, head coach Park Hang-seo noted that the national team have won five games in their last five encounters against Malaysia. Despite the Malaysian team being an old opponent, Vietnam remains ready to show a new level of performance in the game.

The national team will therefore make every effort in both offense and defence to win in their next match against Malaysia, coach Park stated.

During the press conference midfielder Xuan Truong stressed that he and his teammates are ready to face Malaysia in the AFF Cup 2020 group stage.

Malaysia represents a strong opponent as they have put in good performances and have so far earned six points after two first matches in Group B, he noted.

The Hoang Anh Gia Lai (HAGL) FC footballer said six consecutive losses in the final round of World Cup qualifiers had helped the Vietnamese team to learn a lot, with high hopes ahead that the experience would assist them in defending their championship title at the AFF Cup.

Vietnam recorded a stuttering 2-0 win against Laos in Singapore on December 6, thereby ranking second in Group B at the AFF Cup 2020.

The Vietnamese national football squad remains the strongest team in the region as it is has many advantages over other teams.