Two firework teams from China and England impressed spectators with their stunning performances on the evening of June 22 on the banks of Han river within the Da Nang International Fireworks Festival (DIFF) 2019. 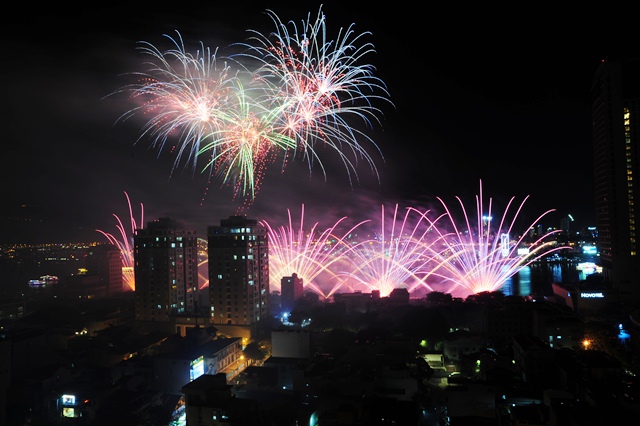 The fourth show of the DIFF 2019 was held under the theme ‘Colours’. The Pyrotex Fireworx team from England wowed the audience with their 20- minute show telling the romantic story of the River Thames in England making it all the more special with extra lighting effects and music. 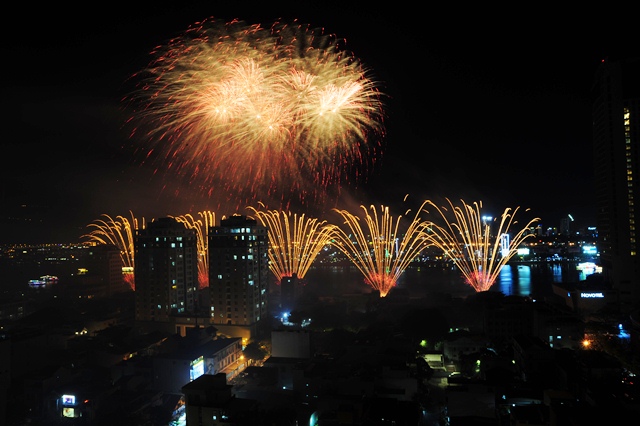 At their first time participating in the DIFF, Hunan Jingtai Fireworks team from China staged a colourful show entitled ‘Kun - The Happy Excursion’ 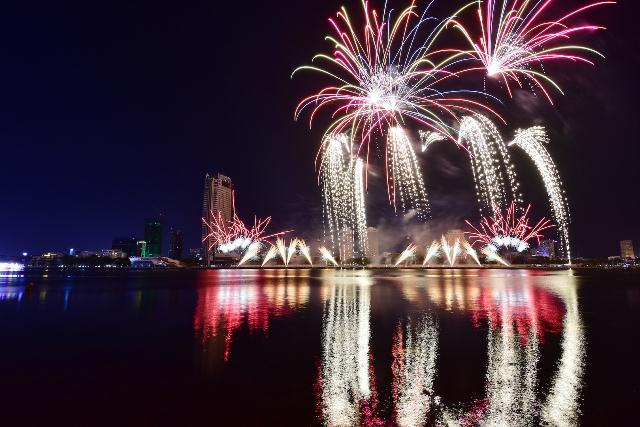 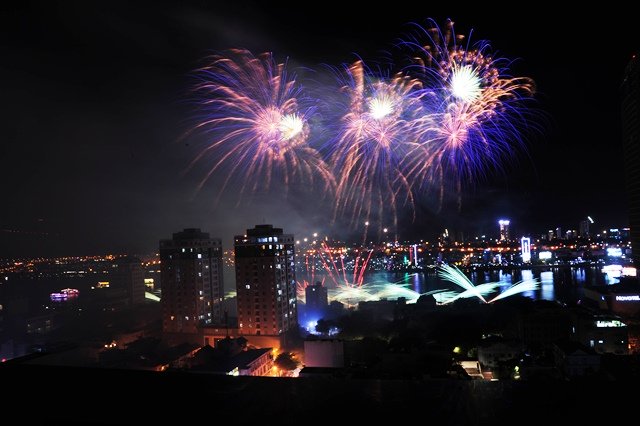 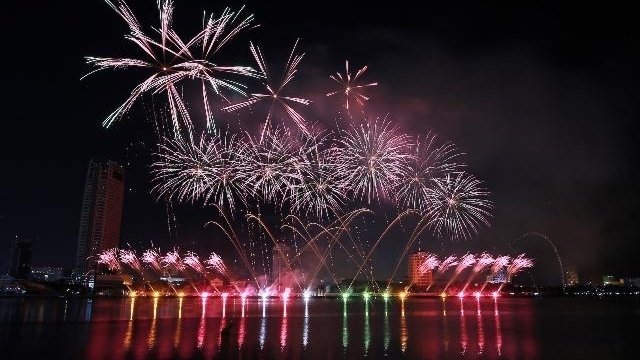 An impressive performance of the Pyrotex Fireworx team from UK