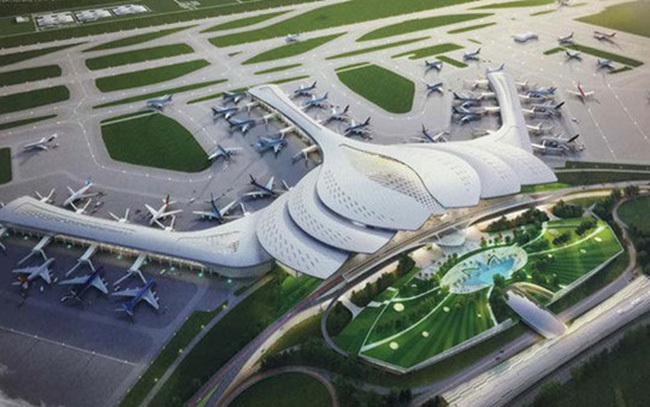 The question now is how to mobilize the capital for Long Thanh. Using ODA capital is not a good solution for Vietnam to consider, because this will increase public debt. Besides, the country will have to satisfy requirements set by donors, which will raise the total expenses.

Therefore, the government has decided not to use ODA. Instead, the government wants the National Assembly to approve the proposal to assign the Airports Corporation of Vietnam (ACV) to implement the major items of the first phase of the project.

However, under the Law on Bidding, it is necessary to organize bids to choose contractors to implement the project. The assignment to ACV will also need the National Assembly’s ratification.

Experts affirmed that choosing investors through bidding is the best solution which will ensure transparency and efficiency.

An analyst, citing the cases of regional airports such as Changi in Singapore, Suvarnabhumi in Thailand, Incheon in South Korean and Kuala Lumpur in Malaysia, said that these airports were either implemented by state-owned enterprises or joint stock enterprises where the state holds the controlling stake. Later, the State may sell a part of the state’s capital.

ACV, in which 95.4 percent of capital is held by the State, had benefited from the boom of the aviation market in the last few years. The enterprise’s 2015-2018 finance report showed that ACV’s revenue increased from VND13.172 trillion in 2015 to VND16.089 trillion in 2018. Therefore, ACV has an abundant cash fund.

According to Lai Xuan Thanh, chair of ACV, the corporation has prepared its resources and prepared a plan to exploit Long Thanh when it becomes operational.

ACV is now managing 21 airports throughout the country, so it will be reasonable if it invests in Long Thanh and manages the airport in the future.

It is expected that ACV will be able to arrange the capital of VND36.607 trillion, or 37 percent of total investment capital. It will have to borrow $2.628 billion.

ACV has met with 12 domestic and foreign institutions and signed agreements on cooperation and capital arrangement with total proposed value of over $5 billion.

Long Thanh international airport will open its doors by 2025 at the latest and will handle 25 million passengers and 1.2 million tonnes of goods a year once the first phase is completed.