Over 70,000 tonnes of waste has been accumulated in the southern island of Con Dao while local authorities are seeking measures to deal with the rising amount of rubbish at overloaded dumping sites in the area.

A seminar on solid waste treatment in Ba Ria-Vung Tau Province held on August 18 saw the attendance of many environmental experts who discussed measures to manage and treat the rising amount of domestic waste in the province, and particularly in Con Dao Island by 2025.

According to the Ba Ria-Vung Tau Province's Department of Natural Resources and Environment, Ba Ria-Vung Tau is facing environmental threats due to the rising amount of domestic waste which has gone beyond the capacity of local treatment facilities.

"About 920 tonnes of rubbish are being collected everyday in the province which are buried at Toc Tien Dump," the department reported. "It is estimated the amount would rise to 1,590 tonnes daily by 2025. On Con Dao Island, some 11 tonnes of rubbish are discharged a day which are gathered at Bai Nhat Dumping site to await treatment. There are now over 70,000 tonnes of untreated waste at the dump." 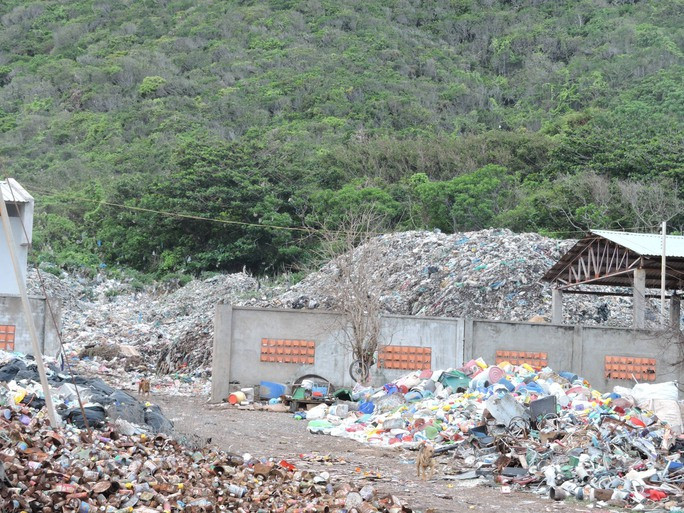 The department set a target to reduce the rate of buried waste to below 30 percent by 2025. Organic waste in rural areas will be used to make organic fertilizers.

"Besides domestic waste, Con Dao is facing a large amount of rubbish coming from the sea which is mostly plastic waste," he said. "Local authorities should call for an end to the use of plastic products, and limit the use of banners at meetings and conferences. Local fishermen should be asked to properly classify their waste and not dump abandoned fishing equipment and other rubbish at sea. Tourism facilities should also be advised not to use plastic products." Dr. Pham Hong Nhat from the Institute for Tropical Technology and Environmental Protection stressed the importance of educating people on waste classification.

"The problems would be properly fixed if local people classify their waste well and environment staff arrange suitable equipment and time of collecting," he said.