Consumer lending expected to rise in Vietnam after Covid-19

The number of borrowers is expected to increase, but this also poses higher risks for finance companies.

The State Bank of Vietnam (SBV) reported that outstanding loans have reached VND8,300 trillion, or 134 percent of GDP, of which 55 percent have been provided to businesses and 45 percent to individuals. 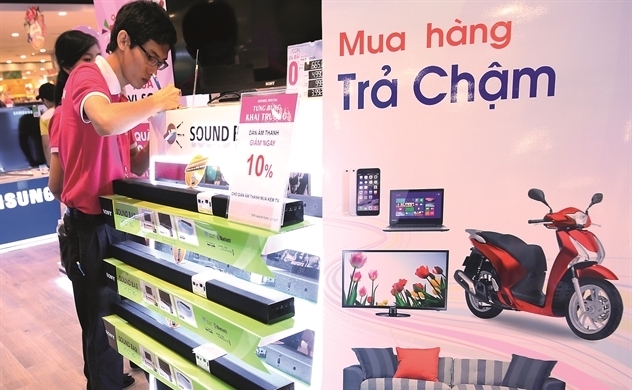 Finance companies’ reports show that credit growth in Q1 was relatively satisfactory compared with the general situation of the banking sector, though growth rates were not as high as previously.

HD SAISON, for example, reported that outstanding loans in the first three months of the year increased by 4.9 percent, or higher than initially planned.

The figure of MCredit had reached VND10 trillion as of the end of Q1, higher than the VND9 trillion of the same period last year. As for FE Credit, the figure was VND61.6 trillion, up by 16 percent. This brought pre-tax profit of VND918 billion, up by 20 percent.

Meanwhile, consumer loans provided via banks and finance companies were worth VND1,000 trillion as of the end of 2019, or 11.4 percent of total outstanding loans.

There are no official statistics about consumer loans through other channels.

The pandemic has had an impact on the consumer finance market, but there is still room for growth as the current outstanding loans just account for 11.4 percent of total outstanding loans to the economy, much lower than the average 40 percent in other economies.

According to Can Van Luc, chief economist of BIDV, Vietnam’s consumer loans, if counting the loans to fund house purchases and repair, account for 19 percent of total outstanding loans.

If not counting real estate credit, consumer loans would just account for 12 percent of total outstanding loans, much lower than the 21 percent in China.

Luc predicted that credit would rise again with the expected growth rate of 3.5-4 percent by the end of the second quarter.

Consumer lenders have been warned of bad debt increases as many borrowers have lost their jobs or seen their income decrease.