Contestants gear up for MasterChef Vietnam

Locals and overseas Vietnamese are invited to take part in the second season of MasterChef Vietnam 2013 which was launched on Thursday.

Contestants gear up for MasterChef Vietnam 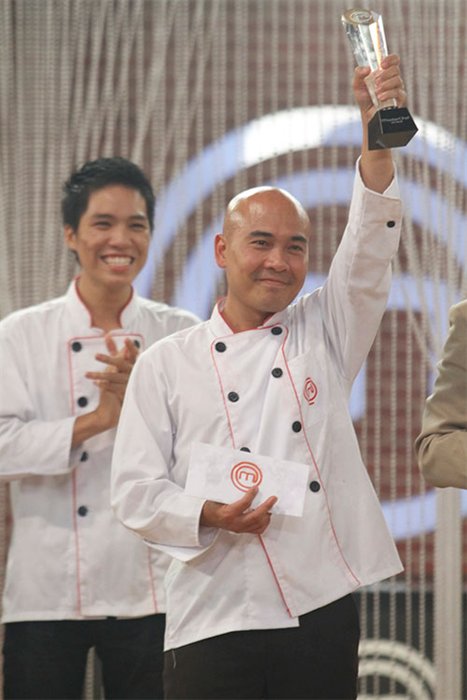 Locals and overseas Vietnamese are invited to take part in the second season of MasterChef Vietnam 2013 which was launched on Thursday.

The contest is open for registration from now and auditions are expected to take place in the three regions of Vietnam next month. The winner will bring home a cash prize of VND500 million and a cook book deal.

The new season will consist of 15 episodes and will be aired every Sunday at 8 p.m. starting from May. Those interested can find updated information at www.vuadaubep.vtv.vn or https://www.facebook.com/VuadaubepVietnam.

The contest, which is organized by VTV3 and BHD with the sponsorship of Unilever’s Knorr and Cif brands, sees people who have a passion for cooking competing against each other to win top prizes.

Originating from a U.K. TV cooking game show created in 1990, the show is now produced in more than 35 nations and is shown in over 200 countries. The most popular versions are in the U.S. and Australia. 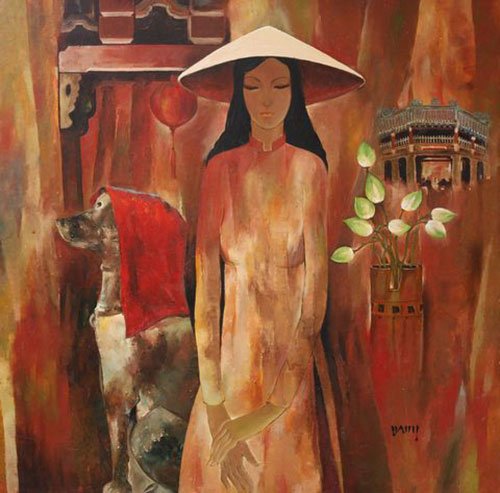 Around 20 paintings of oil on canvas by artist Van Y will bring Saigonese back to the city of old in the exhibition ‘Traces of Old Time’ which opens at Tu Do Gallery tomorrow.

Works have been created in the period from 2010 to 2013, giving visitors some romance and nostalgia of the past via portraits of ladies striking on the background images of typical architecture works of old Saigon, street corners, sparkling rivers and even narrow alleys and street vendors. “Being born in Saigon, the city is always in my heart and in my veins deeply so I just use my feelings and love for the city and have no need for the quest to find Saigon’s soul like other artists,” Y said.

Y, full name Vo Van Y, was born in 1951 and graduated from Gia Dinh Saigon Fine Arts College in 1975. Until now, he has given many solo exhibitions nationwide.

The show runs until November 24 at the gallery, 53 Ho Tung Mau Street in downtown HCMC.

The Japan Foundation Center for Cultural Exchange in Vietnam presents a lacquer painting exhibition ‘Japan In Me’ by Saeko Ando in Hanoi on November 9.

Saeko, an artist from Japan - a country with a long and established lacquer tradition - has lived in Hanoi and pursued her passion as a lacquer artist for 18 years and has mastered the art in Vietnam.

Her works depict aspects of life in the natural world that people usually fail to notice. Her command of lacquer techniques, use of rich colors and bold compositions and creation of elaborate textures, enable her to transform these into enchanting characters each with their own stories.

She creates the illusion of texture using colors and materials that are built up in complex layers until they look almost three-dimensional. This layering suggests that traditional lacquer paintings are

impossible to sand to a flat finish, yet Saeko’s paintings are astonishingly flat and this is one way in which she challenges the established theory about Vietnamese lacquer work.

In this show, Saeko will offer a new insight into herself, presenting her Japanese side. Along with her art, the exhibition will offer a series of short essays Saeko has written to explain the secrets of her works.

The exhibition runs until Sunday December 1 at the foundation, 27 Quang Trung Street in Hanoi.

Waseda University and then entered Japan Airlines as a flight attendant. During her employment, Saeko flew to all corners of the world and was inspired by the wide range of arts she encountered. Then she moved to Vietnam and studied contemporary Vietnamese lacquer painting and in 2000, Saeko’s devotion to her art was recognized as she was given the honor of being accepted as the first foreign member of the Hanoi Art Association. There are fashion shows going on all the time in HCMC, however, one presented by Thien Le, a Vietnamese Canadian fashion designer at Q4 Event Space stood out due to his variety of styles – it was also his home debut.

Le founded the Thien Le brand which specializes in exclusive couture for women and men, from golf wear to red carpet outfits and the designer explains why he had a calling to bring his art to Saigon.

“Vietnam is the country I was born and it was my first home for the first eight years. Even though growing up in Canada, I still have strong ties with my homeland and I’m always proud to be Vietnamese.” Le said.

He held his first show in his native country on Vietnamese Women’s Day (October 20) as “a gift to all the women in my family and tribute to my grandmother who passed away not too long ago”.

“I love Le’s designs, so subtle and luxurious. It was just a short fashion show but it was unforgettable. I will choose some for myself,” said actress Truong Ngoc Anh, who attended the show.

Le’s works are most notable for having a strong influence from what he calls “The Elegant Period” - the 1930s, 40s and 50s, as well as the long gowns full of color and movement which remains his signature, tailoring different elements together with details that reaffirm his trademark. One of his darkest collections was the 2002 ‘A Victoria Captive in Modern Age’ collection, composed of black silk and satin that varied from sleeveless to turtleneck pieces, revealing grief and passion.

Le is often solicited for media projects and fashion shows across Canada and has also become known for channeling his creativity into projects that are out of his comfort zone such as tailoring an entire wardrobe for Canadian band The Abrams Brothers  for a specific video where he had to do a lot of research in order to deliver what the band requested. The “Kimono Dragon” was another one of his huge collections only shown to a selected audience at the Four Seasons Hotel in Toronto and later was used to raise money for an orphanage project in Vietnam.

Vietnamese, Japanese rock bands to take the stage in Hanoi 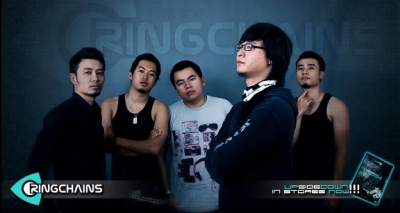 An exciting night of music entitled ‘Go! Go! Japan! Rock Festival 2013’ is scheduled on November 16 in Hanoi, featuring the cutting-edge sounds of five rock bands from Vietnam and Japan.

The three Japanese acts are Okamoto’s, a young Japanese rock star in high demand worldwide; The Ton-up motors, a ‘rock & soul’ band from Hokkaido and Ryukyudisko, a techno due composed of twin brothers from Okinawa.

The Japanese artists will join two Vietnamese bands – Thuy Trieu Do (Red Tide), a long-established heavy metal band and Oringchains, a versatile modern rock band – to enthuse concert-goers until midnight with energetic and enjoyable experiences and create a night of music that will not soon be forgotten.

The first ‘Go! Go! Japan! Rock Festival’ was held in December 2011 in Hanoi to promote the rebuilding of Japan in the aftermath of the March 11 earthquake and tsunami, and to celebrate the continuing solidarity between Japan and Vietnam. An audience of approximately 2,000 people showed wild enthusiasm for the performances of Japanese and Vietnamese rock bands alike.

The event, co-organised by the Japan Foundation Center for Cultural Exchange in Vietnam (JFCCE) and Rockpassion, a rock & roll community in Vietnam, kicks off at 6:30 pm at the Van Ho Exhibition Center at 2 Hoa Lu street, Hai Ba Trung district.

Photos of nature and life in Hanoi are on display at an exhibition entitled ‘Hanoi in me’, which opened on November 1 at the Information and Exhibition Centre in Hanoi.

The exhibits depict the variety of life in Hanoi, praising the beauty of nature, the land and the people of Vietnam’s capital, including 'Rhythm of Life of  a Time' by Le Vuong (96 years old), 'The Gate of Duong Lam Village' by Van Phuc and 'House of Affection' by Tran Son.

This year’s exhibition also include many works under the theme ‘The country through the lens of the elderly’ and a wide variety of topical photos on traffic safety, such as 'Patrolmen ensuring traffic safety on the Red River', 'Path to Vinh Tuy Bridge' and 'Stop! Change Lane!'.

The annual exhibition runs through November 7.