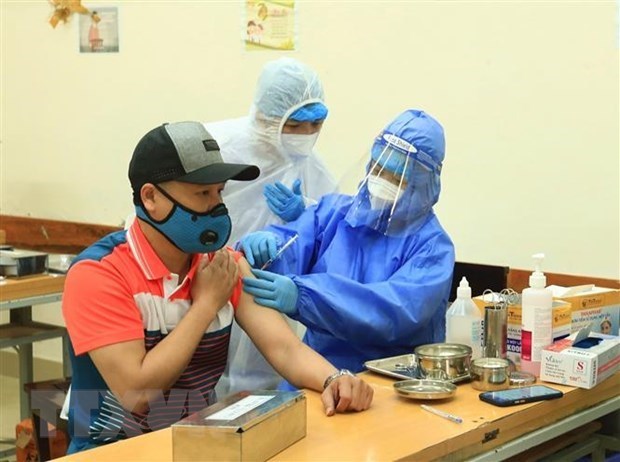 The Ministry of Health (MoH) said in its coronavirus update on January 9 that 10,217 cases were detected in the community, and 28 cases tested positive upon returning to Vietnam from overseas. The remaining patients were diagnosed in lockdown and quarantine areas.

Binh Phuoc recorded the most cases during the day at 679, followed by Ca Mau 615, Vinh Long 532, Tay Ninh 475 and Ho Chi Minh City 472. Binh Phuoc also registered to add 7,402 cases to the national COVID-19 database after summarizing its statistics.

Official data from the MoH also show that 12,210 more patients recovered from the disease and 202 more patients died of COVID-19 and underlying illnesses.

Of the infected patients, 1,500,248 have been discharged from hospital after making a full recovery from the disease.

As many as 34,319 patients have died of the virus, making up 1.8% of the total number of infections.

Vietnam has become one of the six countries with highest COVID-19 vaccination coverage in the world, Standing Deputy PM Pham Binh Minh told a teleconference between the Government and localities on January 5.