COVID-19: from pandemic to endemic status

The number of Covid-19 cases in Hanoi is increasing rapidly, but public awareness about the disease is very different from before, with Covid-19 now considered endemic. 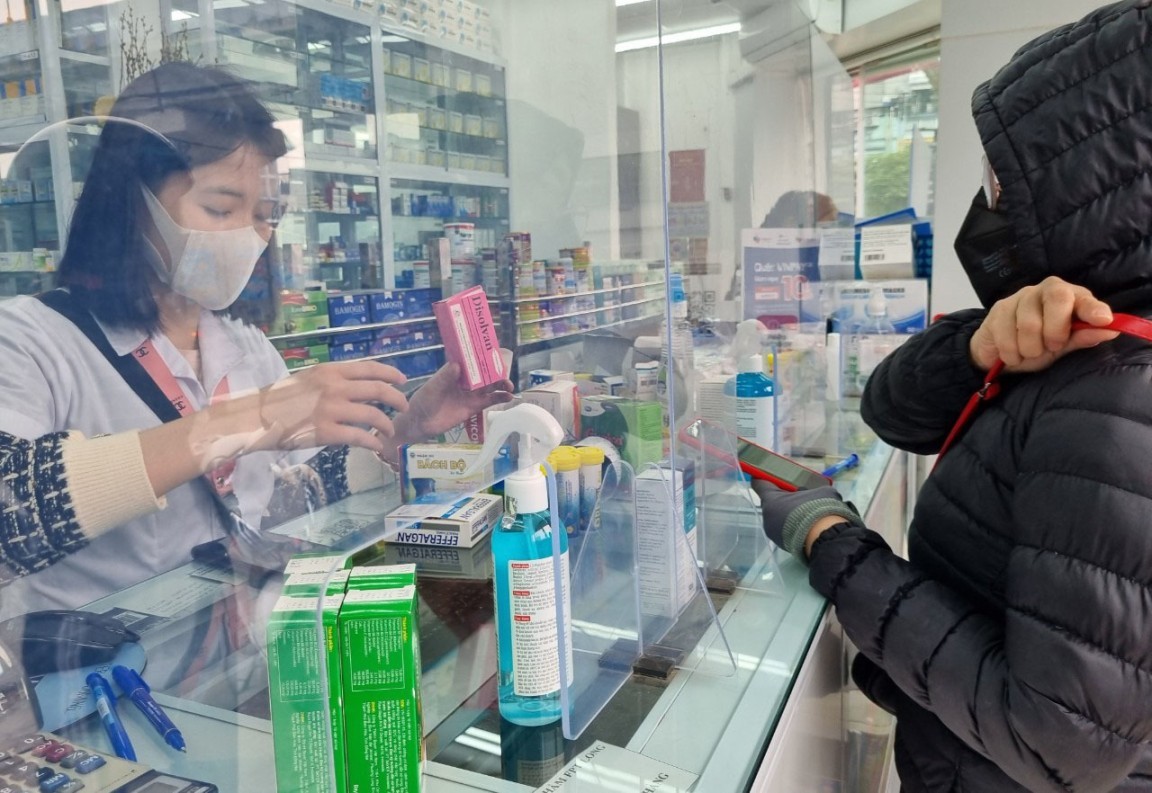 There have been many cases these days in the apartment building where I live. Some families have all members infected with coronavirus. Four or five families on the same floors have contracted the disease. Most of the families I know and many businesses and agencies have cases.

Though the reported numbers of in Hanoi and other provinces are increasing, those figures are not accurately reflecting the reality as the Omicron variant is believed to be the most common variant at this time.

The residents of our apartment building and most of my friends do not feel as tense as we did before, when the whole building was isolated if only one case was found.

Hanoi has not closed or imposed extreme blockades. To some extent, the decision has helped expose the fact that hospitals are not overloaded, and that sickbeds do not have to be be put on hospital yards and corridors.

According to the Ministry of Health (MOH), as of the end of February 28, Hanoi had 550,000 Covid cases being treated at home, which accounted for 47.4 percent of the total number of cases in the country (1.16 million).

Hanoi has prepared 2,100 beds for 2nd and 3rd level treatment (Vietnam is following the 3-level treatment model with the third level for severe cases), but only 1,000 beds have been used, or just 50 percent.

The figures paint a relatively positive picture: the healthcare sector now focuses on treating severe cases, while the other patients stay at home and treat themselves.

Previously, Hanoi imposed isolation and closed apartment buildings and markets when any case was found. The capital city can now remain relatively open thanks to the large vaccine coverage and lessons learnt from the pandemic wave in HCM City in the third quarter of 2021, which led to serious consequences.

With vaccine diplomacy, Vietnam has obtained commitments for more than 100 million vaccine doses, which allows it to launch its biggest ever vaccination campaign.

The Hanoi Director of the Health Department Tran Thi Nhi Ha said nearly 100 percent of population has had two vaccine jabs and 97 percent of Covid cases have no symptoms or mild symptoms and can be treated at home. The top priority of the city is protecting the people at high risk of contracting Covid-19 and checking to find unvaccinated people in order to reduce the proportion of serious cases and deaths.

Ha has also proposed changing the method of pandemic assessment. She believes that it’s not necessary to declare the number of infections because the number of community transmitted cases is high.

These suggestions are scientific and practical, derived from lessons in HCM City as well as in European countries, which have fully reopened.

Ha said anti-pandemic measures applied by Hanoi are flexible and will change according to different or difficult conditions. She stressed that solutions applied by Hanoi strictly follow the Government’s instructions.

“The most important thing is that all the pandemic developments are anticipated by Hanoi, which allow the city to be ready to deal with the pandemic,” Ha said.

The number of cases in Hanoi is rising rapidly, but people are not as scared as they were before.

The Prime Minister’s direction changes the way of thinking about Covid-19. Since Resolution No 128, the death rate has fallen from 2.45 percent to 1.54 percent of all cases.

Once Covid-19 is considered an endemic disease, the treatment will be different. Instead of counting and declaring the number of cases, the health sector needs to declare the number of severe cases and sickbeds.

Vietnam has risen a total of 28 places to reach 90th position in the latest edition of Nikkei's COVID-19 Recovery Index which was issued in early February.

19.2% of children in Vietnam contracted COVID-19 since pandemic began

About 490,000 children in Vietnam were confirmed to have contracted coronavirus since the beginning of the pandemic, according to deputy health minister Nguyen Truong Son.