China routes account for 10 percent of Vietnam Airlines’ market, he said, referring to the cancellation of all flights to that country.

“If the disease continues until July, the company will lose 196 million USD. So Vietnam Airlines is forced to find ways to reduce costs and maximise efficiency.”

After authorities advised the public not to gather in public to avoid the risk of COVID-19 infection, trains and buses have complained about a sharp drop in the number of passengers.

The continued closure of schools, universities and colleges has seen many people who went home for Tet (the Lunar New Year) cancel their return tickets. The Hanoi and Sai Gon railway companies are worried about losses in the vicinity of 43 billion VND (1.8 million USD).

Many tours and festivals have been cancelled, leading to a 70 percent reduction in the number of passengers travelling by road, said Do Van Bang, General Director of Sao Viet Transport Company.

If the epidemic continues uncontrolled, his company would consider cutting services and staff, he said.

Phan Tuan Linh, General Director of Quy Nhon Seaport JSC, said sea transport is no exception, and the losses in less than a month have topped millions of dollars as shipping companies have curtailed their China operations.

Normally, his company has 12-13 ships going to China every month to pick up and supply goods, but since the outbreak only seven are plying, he said.

The volume of goods has also dropped dramatically to a mere 30 percent of that of the comparable period last year, according to the T.S Line Sea Transport Company.

Before the epidemic breakout, the Quy Nhon Seaport remained open all 30 days in a month, but now opens for only 20 days. 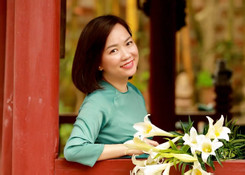