With a strong certainty that air travel will recovery when the pandemic ends, airports are seen as long-term asset. In that case, any decision related to airport projects must be for the long-term view. 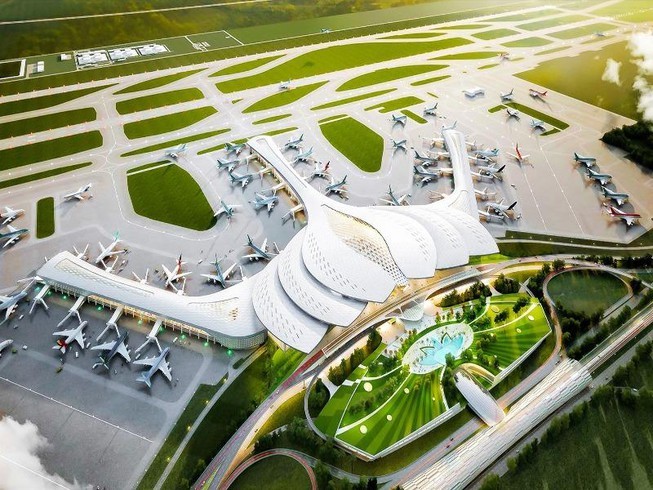 The Covid-19 pandemic could not prevent Vietnam from going ahead with the construction of a US$16-billion Long Thanh International Airport, the largest of its kind in Southeast Asia, experts suggested.

“While plans to build new airport or expand existing ones were prepared many years before the Covid-19 pandemic, they represent a long-term vision at national level, and, therefore, should be realized,” economist Nguyen Minh Phong told Hanoitimes, shrugging off a view that a slow recovery in air travel in the near future as a result of the Covid-19 pandemic would put the feasibility of these projects in doubt.

“Investment in transport infrastructure is key to improve connectivity, so there is nothing wrong with building new airports,” Phong said.

In case of major cities such as Hanoi and Ho Chi Minh City, the expansion of current airports of Noi Bai and Tan Son Nhat are necessary to better meet growing demand for economic development, Phong asserted.

Phong, however, warned it would take years for the economy to recover from the pandemic, so the government should review financial plans for each project thoroughly so as not to put the national financial security at risk.

Meanwhile, Head of Infrastructure & Project Finance, Asia-Pacific at Fitch Ratings, Sajal Kishore in his interview with Hanoitimes said the state-owned Airports Corporation of Vietnam (ACV) [operator of airports in Vietnam] was considering major expansion plans before the Covid-19 outbreak, so it is also reflected the fact that many existing airports in Vietnam were already in capacity-constrained at that time.

“It is a safe bet to say that the airport sector has been hit hardest during the pandemic, so we do not expect Asia-Pacific airports to return to their pre-Covid-19 level of operation at least before the end of 2023,” adding such recovery remains more optimistic compared to other parts of the world, including the US which would not see its civil aviation to recover before 2024 or EU (2025).

“The nature of business travel in the post pandemic world will be different as people are using video-conference to replace in-person meetings, so that part of travel segment would be worse impacted, but tourism will sort of rebound in Asia-Pacific,” stated Sajal.

In that case, airports with higher share of domestic traffic will be in better condition for recovery than those with a more focus on international travelers. “With the rollout of Covid-19 vaccine and the slowdown of infection rates in many countries, people will start to be confident of traveling again,” he noted.

“Bearing that in mind, investors must be feeling confident that although the traffic volume is low at the moment, but, overtime, there will be a recovery in travel and also reflecting that a longer term investment in view is required for airports, which have long asset and concession lives.”

“We have seen some countries around the world that are still carrying out investment activities in airport projects, which could be justified taking into account the expected recovery in traffic volumes in long-term,” he noted, adding obviously any investment decision will consider the long-term view and not near-term.

“AVC’s expansion plans in Vietnam will also benefit from expectation of ASEAN economies to rebound faster than other regions,” Sajal added.

Long Thanh airport remains a key investment project for Vietnam, with a capacity of handling 100 million passengers and 5 million tons of goods a year, with total investment capital of US$16 billion.

In January, the construction of the first phase of the Long Thanh Airport was kicked off, with an estimated investment of more than VND109 trillion (US$4.6 billion) and scheduled to complete in 2025.

The international airport is ready to resume operations after one month of closure to prevent Covid-19.