Online sales on the ris

The General Statistics Office (GSO) reported that retail revenue of accommodation and catering, and travel sectors decreased by 9.6 percent and 27.8 percent, respectively, in Q1 2020 compared with the same period last year 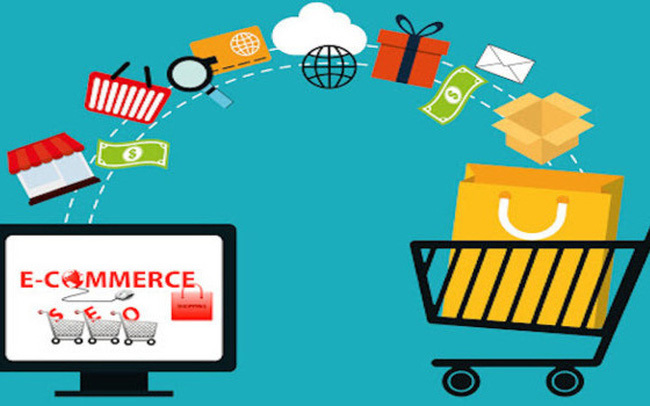 The number of shoppers at shopping centers in HCM City and Hanoi, according to CBRE Vietnam, has dropped by 80 percent.

CBRE Vietnam predicted that if the epidemic can be contained in Q2, the vacancy rate in the central areas would be stable until the end of the year, while the rate in non-central areas would increase slightly by 1-2 percentage points.

If the epidemic lasts until September, the vacancy rates would increase in both areas, with the rate in non-central areas surging by 5-7 percentage points. The future supply in HCM City is predicted to drop by 76 percent and it may happen that there will be no new project in Hanoi.

The retail revenue decrease turns out to be a leverage for e-commerce and online shopping businesses to grow.

Of the biggest players in the e-commerce market, Tiki has seen the highest growth rate with a record high 4,000 orders per minute. SpeedL and Saigon Co-op see geometric growth rates. Grab has activated a new platform ‘GrabMart’ to serve the food online shopping demand.

In Asia Pacific, omni-channel and online retail have been operating well during the epidemic. Consumer goods and cosmetics to luxurious products such as cars and museum excursion services all can be provided online.

Shop owners give back retail premises

The giving back of retail premises to landlords has yet to become common because tenants enjoyed rent reduction during the social distancing time.

However, analysts affirmed that the phenomenon has become more common. The businesses giving back retail premises are small ones that cannot maintain operation. They are mostly owners of restaurants, eateries and beer clubs.

Income from retail lease on the decrease

Though the social distancing policy has been loosened since late April, the business still has not returned to normal.

The revenue is predicted to fall by 90-100 percent in April in comparison with the same period last year and by 60-70 percent compared with March.

The stagnant business performance has forced landlords to cut rent to support businesses and assist them to overcome difficulties.

In March, when the government closed entertainment facilities, landlords offered a rent cut of 10-30 percent. In April, many landlords accepted a 50-100 percent cut and offered more flexible deposit and payment methods.

Their network expansion strategy in normal conditions offers great advantages to retailers, but it has put a burden on them during the Covid-19 crisis.