The Consumer Price Index (CPI) for the first eight months of 2021 picked up 1.79 percent year-on-year, the lowest increase for the same period since 2016, the General Statistics Office (GSO) announced on August 29. 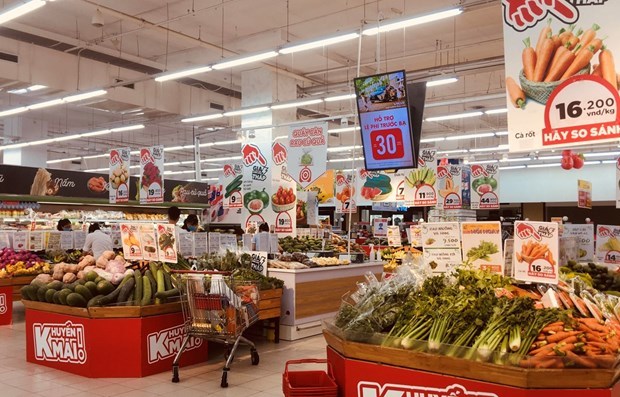 The August index edged up 0.25 percent month-on-month, and 2.82 percent year-on-year, largely owing to higher prices of food and foodstuff in cities and provinces under social distancing measures, according to the GSO.

The August CPI in urban areas rose 0.34 percent this month, higher than the 0.14 percent increase in rural areas.

During the January-August period, the average fuel price inched up 22.86 percent year-on-year, pushing the CPI up 0.82 percentage point.

Education service cost grew 4.44 percent during period, adding 0.24 percentage point to the CPI. while rice prices grew 6.68 percent, contributing to a rise of 0.17 percentage point in the CPI.

In contrast, eight-month prices of food declined 0.38 percent from the same period last year, resulting in a 0.08-percentage-point slide of the CPI. It was because of drops in prices of staples, for example, pork (down 6.49 percent), and chicken (down 1.34 percent).

As the Electricity of Vietnam (EVN) has made several rate cuts to support consumers affected by COVID-19, the eight-month electricity price slid 0.83 percent year-on-year, making the CPI to edge down 0.03 percentage point.

With travel restrictions continuing to be in place to curb the spread of COVID-19, rail tickets, airfares and prices of holiday packages fell by 0.4 percent, 19.85 percent, and 2.76 percent, respectively.

The average gold price surged 13.8 percent year-on-year during the period.