Creating new synergy for the country through digital transformation

Vietnam will give priority to promoting innovation in digital technology development, carrying out digital transformation in business, society and governance, and gradually forming a digital economy, digital society and digital government.

"Promoting national digital transformation; and developing digital economy on the basis of science and technology; innovating, and improving productivity, quality, efficiency and competitiveness of the economy” is one of the orientations for development in the draft document submitted to the 13th National Party Congress. 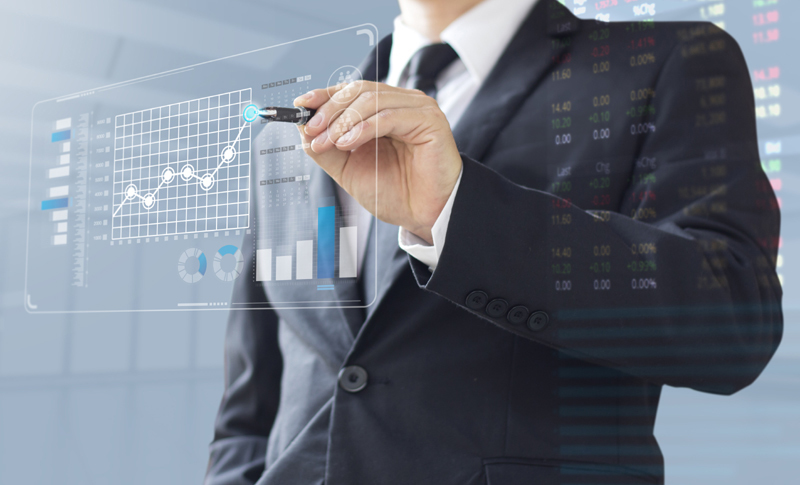 The orientation was set forth in the context of the strong development of the 4.0 industrial revolution which has created breakthroughs in many fields, brining both opportunities and challenges to all nations.

Prof. Dr. Phung Huu Phu, Standing Vice Chairman of Party Central Committee Theoretical Council, commented that with a sharp mindset, in recent years, the Party and the State have been instructing and directing all levels and branches to promote the application and development of science and technology, improve capability and actively participate in the 4.0 industrial revolution.

On September 9, 27, 2019, the Politburo released Resolution 52 on guidelines and policies on proactively participating in the revolution.

This resolution outlines four guiding viewpoints, which emphasize “proactively and actively participating in the 4.0 industrial revolution is an objective indispensable requirement; a mission of a particularly important strategic significance, urgent and long-term for both the political system and the entire society; considering it as the breakthrough solution with appropriate steps and roadmap, and the opportunity for Vietnam to make a breakthrough in socio-economic development."

“The sharp thinking and the spirit of the Politburo’s resolution has been confirmed and heightened in the draft documents submitted to the 13th Party Congress, and innovation can be seen as a highlight of the congress,” he commented.

According to Phu, innovation, with the philosophy ‘nothing is impossible’, is an important attribute of the 4.0 industrial revolution, reflecting the thinking and the common development method of mankind.

In the time to come, Vietnam needs to give priority to promoting innovation in digital technology development, implementing digital transformation in the economy, society and governance, gradually creating new values and new synergy of the country.

The only way for Vietnam to go

Nguyen Quang Thuan, deputy chair of the Party Central Committee Theoretical Council, commented that technology breakthroughs have been made in a variety of fields very quickly, generating interactions and creating a digitized, automated and increasingly smarter world.

“If we cannot exploit the revolution well, the risk of lagging behind other countries is visible,” Thuan warned.

According to Thuan, the Party, Government and the entire political system, from central to local have been actively participating in the 4.0 industrial revolution, but at a moderate initiative level.

Therefore, during the 13th Party tenure, it is necessary to set up comprehensive and drastic policies to mobilize all localities, ministries, branches, businesses and organizations to take the initiative in participating effectively in the revolution to make a breakthrough in development in the time to come.

Nearly 69 percent of Vietnamese population have access to the internet. Over 71.3 percent of households use the internet, and nearly 62.6 million mobile subscribers use data, according to the ICT White Book 2020.

If just one percent of them can become technology experts or suppliers and large businesses, Vietnam would have stronger motivation, which could create hundreds of billions of dollars each year, according to Thuan.

“If Vietnam can take full advantage of the opportunity and overcome challenges, it will be able to narrow the gap between it and developed countries and soon realize the goal of becoming an industrialized country towards modernization. If not, the gap with developed countries will be wider,” he said.

Associate Prof Dr Tran Quoc Toan, a member of the Party Central Committee Theoretical Council, also praised the new point in the draft documents submitted to the 13th Party Congress when mentioning the role of science and technology, which not only emphasizes the necessity of the development and application of science and technology, but also attaches much importance to the requirement on ‘innovation’.

He stressed that this is the only way Vietnam must go if it wants to develop rapidly and sustainably.

According to Minister of Industry and Trade Tran Tuan Anh, the 4.0 industrial revolution, by nature, is the trend of digitizing traditional production and manufacturing methods.

Nowadays, with the support of Big Data, it is easier to accurately identify market trends, which optimizes the production process and reduces waste.

With 4.0 technology, inventories can be optimized in accordance with real time, thus optimizing demand for working capital and production cost, and improving production and business efficiency.

Similarly, in the logistics sector, transporting goods is becoming easier with lower costs and higher accuracy.

“All these changes can only be made in a society where all information and data is digitized and processed, so that big data can become useful and significant to users,” Anh said, adding that accurate information will be one of the factors to determine competitiveness in the future.