It has not yet been able to reveal the outcomes of the inspection of the broadcasting contract between VFF and AVG  after the deadline of 15 working days, said by the inspectorate of the Ministry of Culture, Sports and Tourism.

VietNamNet Bridge - It has not yet been able to reveal the outcomes of the inspection of the broadcasting contract between the Vietnam Football Federation (VFF) and the AVG Group after the deadline of 15 working days, said by the inspectorate of the Ministry of Culture, Sports and Tourism. 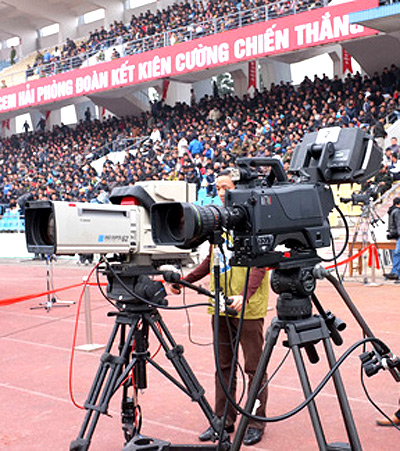 Vu Xuan Thanh, the ministry's chief inspector, said that the inspection has been on-going because it is necessary to clarify more information. Before the deadline, there was a news source saying the inspection results would be public this week.

The inspection delegation has got several meetings with the VFF and the VPF to understand their procedures of contract signing and the legal base of the contract.

There were two questions raised by the Vietnam Professional Football (VPF) Company about the legality of the contract. When signing the contract, the AVG was a pirate broadcasting company. It has not yet had the rights to produce broadcasting programmes. Furthermore, the VFF signed the contract without credential from any professional football club.

Currently, the delegation has been reviewing and waiting the official comments from the Ministry of Justice about the license granted to the AVG by the Investment and Planning Department of Khanh Hoa province.

The AVG didn’t agree with the VPF, didn’t realize the legality of the VPF’s contracts, and opposed the live broadcasting rights of other channels. The VFF was on the side of the AVG as it signed the rights contract with the AVG.

The dispute went on until the VPF announced the illegality of the contract and sent an official document to the Ministry of Justice, the MCST, and the Ministry of Information and Communications on January 4th to request the verification of the legality of the contract between VFF and AVG. AVG also submitted an official document to the MCST to request the same.

On January 9th, the MCST decided to inspect the 20 year right contract between VFF and AVG with the deadline of 15 working days.