The US imposition of high taxes on imports from China prompted enterprises to counterfeit Vietnamese origin to avoid high taxes. 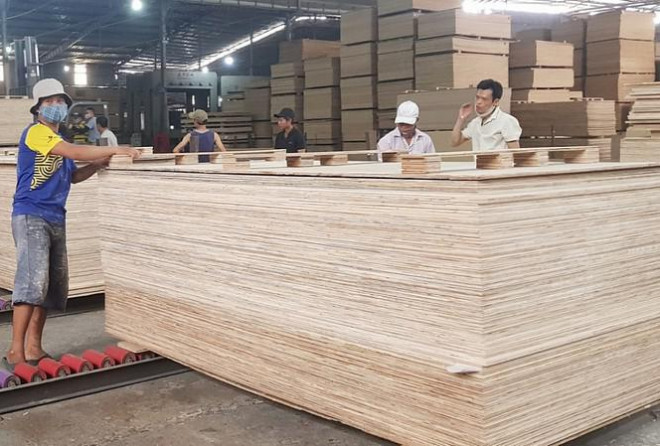 This put Vietnam in danger: if the country cannot control product origin fraud, it could face punishment by the US. Thus, preventing and stopping fraud is an important task for customs agencies.

The agency discovered that many enterprises imported goods which were materials for production, though they did not have production lines in Vietnam, but did only simple assembling operations.

In some cases, enterprises exported products before they set up assembling lines and were found committing fraud related to locally made content which determined the origin products.

The Post-Customs Clearance Inspection Department, which joined forces with the Anti-Smuggling and Investigation Department, discovered an enterprise that did not have the function of issuing Certificate of Origin (C/O) but was still issuing C/Os to 33 businesses, with goods value of up to more than VND600 billion.

The customs office is working with the police to investigate the case.

The customs agency together with the police are continuing to look for problems in the 33 enterprises.

The verification of the C/Os issued by the Ministry of Industry and Trade (MOIT) and VCCI was also done carefully by customs agencies.

According to the General Director of the General Department of Customs (GDC), in many cases, customs agencies showed that the products could not meet the requirements to be recognized as having Vietnamese origin.

An enterprise which exported plywood declared that it had only bought some materials from China, while 70 percent of materials were sourced from Vietnam.

The enterprise showed the documents with confirmation by the director of the afforestation yards and the commune’s chair that the materials were bought from the yard.

However, customs agencies discovered that many kinds of materials were not from Vietnam.

Finally, the commune’s chair admitted that the local household did not have timber to sell to the enterprise. The director of the yard also admitted his mistake.

“So, we proposed revoking 500 C/Os that were mistakenly granted,” he said.

According to Nghiem Xuan Tho from the Anti-smuggling and Investigation Department, in late 2017 and early 2018, China stopped importing some types of scrap.

As foreign exporters could not sell scrap to China, they targeted Vietnam as the new destination.

After the Hai Phong Customs Agency discovered a Ben Tre-based enterprise making 20 customs declarations for imports, and some of them violating the regulations, it reported the case to the Anti-smuggling Investigation Department.

The department set to investigate the case. But the director of the enterprise passed away, which caused problems to the investigation.

After checking the documents provided by the Hai Phong Customs Agency, the investigators found a new clue from a subject in Vinh Phuc province.

When they visited Vinh Phuc, the family members of the subject said he had left the home a long time ago and lived in a southern province.

Thanks to the telephone number given by the family members, the officers checked the information related to the subject, including cash flow through his account.

Finally, they discovered that the subject had relations to the company whose director had just passed away.

The case was then transferred to the Investigation Agency under the Ministry of Public Security.

According to Can, in 2015-2019, customs agencies discovered 84,362 smuggling cases. The total amount of money they seized from the violators and collected for the state budget was VND1.561 trillion.