Nguyen Ngoc Khanh from the High School for the Gifted under the Hanoi University of Education scored first in the D-exam group at the high school finals. 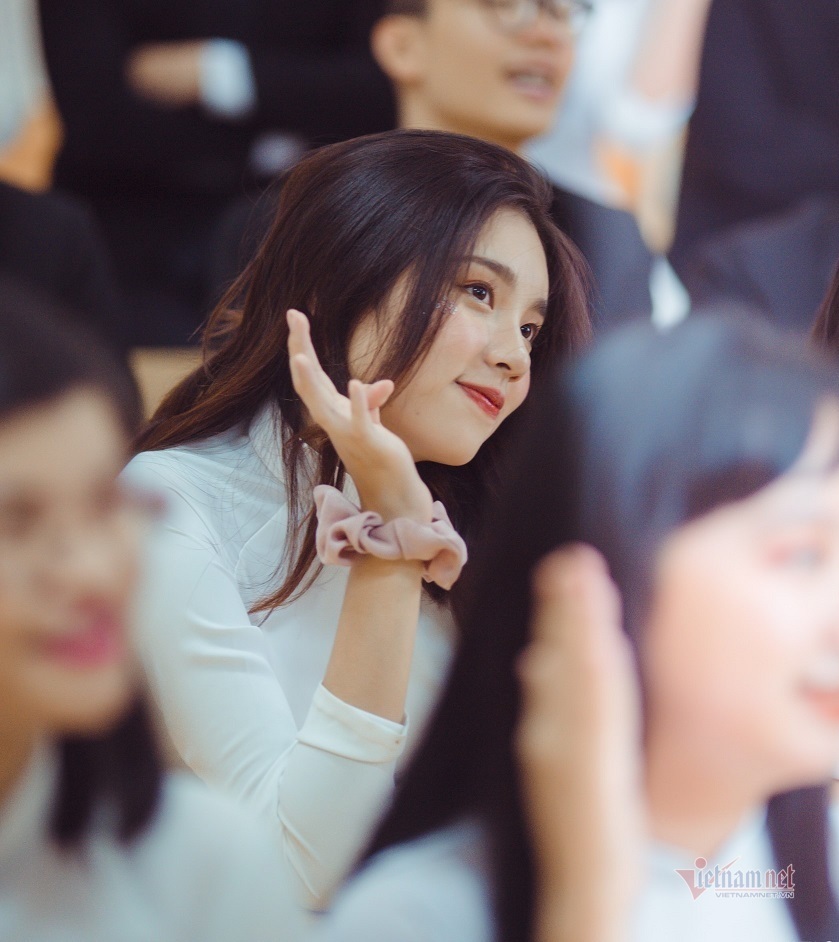 She was also good at other exam subjects: 8.5 for geography, 7 for history, and 9 for citizen education, which means an average mark of 8.17 for social science tests.

“I was so happy when hearing that I got 29 for three subjects, but I did not think that I would be the highest scorer. I think my learning aptitude is not very good,” she said.

When preparing for the high school finals, Khanh was most worried about literature. However, she got 9/10 for the test.

Khanh actually did not have real pressure when taking the high school finals, because she had been informed that she had been admitted to the Accounting – Auditing Faculty of Hanoi Foreign Trade University thanks to her academic achievements shown in school reports.

However, Khanh said that she still tried her best to solve exam questions.

“With multiple-choice questions, I always reminded myself to be careful when solving the questions to avoid the traps,” she said.

“As for mathematics test, I paid high attention to the first 40 questions before I came to the next questions to avoid making regrettable mistakes,” she said.

When doing literature test, Khanh followed the strategy she set before, i.e. the 20-20-80 strategy. The first 20 minutes were spent on reading, 20 minutes on the essay about social issues and the remaining 80 minutes on literary discourse.

Khanh was most confident when doing the English test because she is an English major student at the school and has been learning English for many years. She scored 10 on the English test.

She revealed that she does not study late at night. She said the key to her success is that she always concentrates when studying.

Khanh can sing and dance well. She also participates in many extracurricular activities and is a member of a media club.

Khanh had a traffic accident last October, and had to be home for one month. However, she engaged in self study and was able to catch up with her classmates.