Decree trues to 'clean up' digital space by controlling spam

As the compiler of Decree 91 on fighting spam SMS, calls and messages, an official with the Authority for Information Security, Dang Huy Hoang, said he was happy that he could contribute to reducing ‘garbage’ in digital space.

Spam messages, e-mails and calls have been a burning issue for years. How to prevent spam is a topic of discussion at many National Assembly’s sessions. 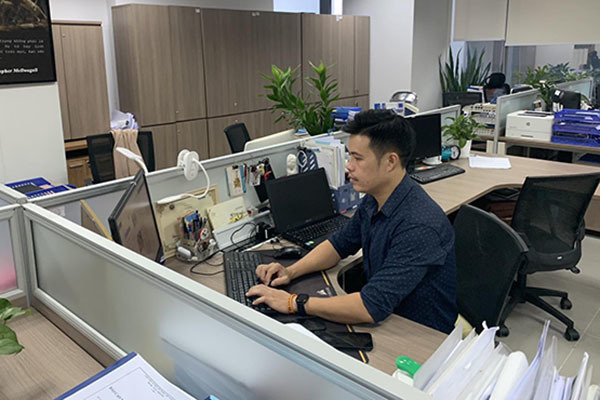 After one year of compilation with many amendments, Decree 91 was issued by the government on August 14.

“All my enthusiasm and 8-year experience in fighting against spam are shown in the content of the decree,” Hoang said, adding that the newly released decree has many breakthroughs compared with Decrees 90 and 77 addressing the same issue.

Decree 91 gives new definitions about spam messages and emails, and adds a new concept about a ‘spam call’, which helps set the criteria for recognizing spam messages, calls and emails.

The new decree mentions new measures for users to protect themselves from spam, including DoNotCall, the list of subscribers refusing advertising messages.

“The strong measure was designed after we learned experience from developed countries,” Hoang said. Since Australia started a DoNotCall list, 50 percent of its subscribers have registered not to receive ad messages.

Soon after the decree was issued, Hoang and his colleagues built a plan to bring the decree into life. The new management mechanism is hoped to both help mitigate spam and promote the legal advertising market.

Dang Huy Hoang was an IT majoring student at the Posts and Telecommunications Institute of Technology (PTIT). He also obtained a master’s degree from the school. In October 2010, one year after graduation, Hoang began working at VNCERT (Vietnam Computer Emergency Response Team).

Hoang began working on anti-spam segment in late 2012 and early 2013 when he had the chance to work with an expert at VNCERT. Since then, he has been fighting against spam.

Hoang said over the last 10 years of working at the Ministry of Information and Communication, he has been working at night and on holidays. In addition to compiling Decree 91, he was also one of the compilers of circulars and other legal documents, and set the criteria applied to technological solutions that recognize and authenticate genuine subscribers using artificial intelligence for prevention of spam messages.