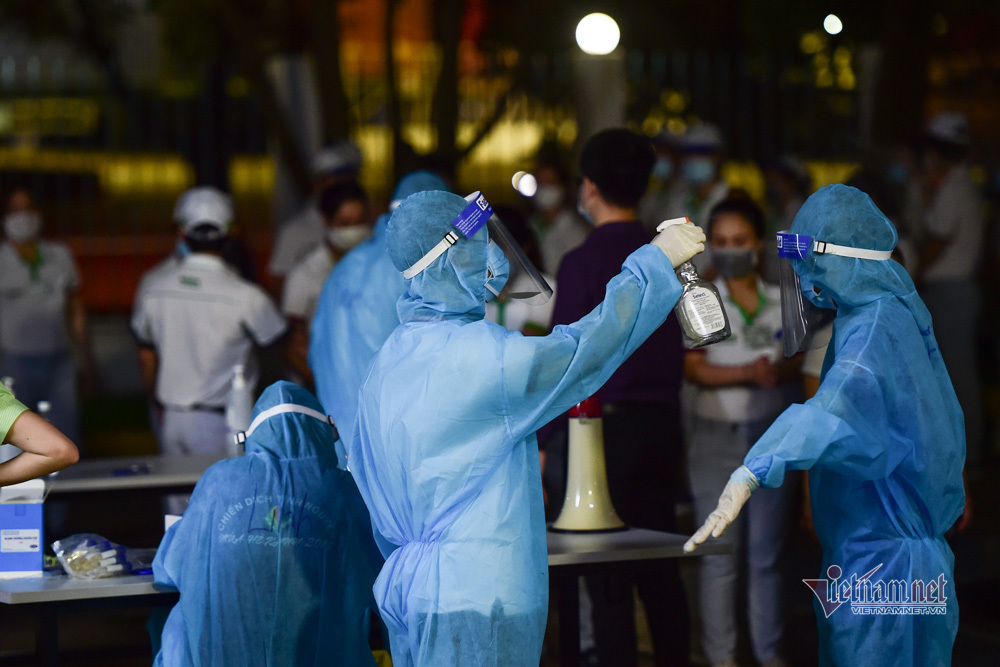 However, the country effectively controlled the outbreaks, with the number of infections and deaths much lower than other countries.

These were the lowest figures among the five countries with a population of over 90 million. This was an impressive achievement recognized by the world.

During the first three waves, Vietnam changed the methods of fighting against Covid-19, depending on the new developments of the pandemic and the appearance of new coronavirus variants.

Vietnam shifted from tracing positive cases to finding sources of infection, and imposing isolation to prevent the spread of virus on a large scale (throughout the country, provinces) to isolation on a narrower scale (hamlet, commune).

With the 2.91 percent GDP growth rate in 2020, Vietnam was one of a few economies that could maintain growth. The figure represented the lowest growth rate in 2011-2020, but it was considered a big success in the context of Covid-19.

At an online conference on strengthening Covid-19 prevention and control held on April 16, 2021, the Minister of Health said a great political lesson from the victory in the third wave was the close, serious leadership of the Community Party and the mobilization of the entire political system, ministries, branches and people to implement the ‘four on-the-site’ and ‘fighting the pandemic like fighting enemies’ mottos.

The devastation of Delta

Minister of Health Nguyen Thanh Long predicted that the fourth wave would last longer than the previous ones, causing large-scale impact and seriously affecting people’s life and socio-economic development.

“The current infection cycle is only 2 days, not five days as previously estimated,” Long said.

HCM City has been the biggest sufferer from Delta. On September 30, HCM City released Directive 18 on loosening activities and coming to the new normal, commencing from October 1, 2021. However, the decision was only released after it experienced more than 160 days struggling with the pandemic and several lockdowns where strict measures were applied.

Because of the complicated developments of the pandemic, HCM City had to apply drastic measures.

The city had difficulties because it is a large commercial hub with special economic, social and population characteristics, and close relations with neighboring provinces.

The moves taken by the city not only aimed at protecting its citizens, but also determined the success of the country’s fight against the pandemic, especially the neighboring provinces of Binh Duong, Dong Nai and Long An.

When HCM City was implementing the Prime Minister Directive 16, the municipal authorities affirmed that fighting the pandemic was the top priority, and that people’s health was the most important thing.

When tightening social distancing, HCM City had to set up thousands of blockade points and isolate hundreds of residential quarters. It also established tens of concentrated quarantine places and field hospitals, treated Covid-19 patients in accordance with the five-floor treatment levels (which later turned into three-floor level) and set up many resuscitation hospitals to save severely ill patients.

In the fight against the pandemic, HCM City received support from the central government, the healthcare sector, army, police and volunteers.

However, the pandemic has had a big impact on people’s lives and the economy. According to the HCM City Business Association, more than 70 percent of businesses were affected by July 30. Many enterprises have had to suspend operation or close their doors.

Most businesses reported that their revenue had dropped by 50-90 percent. Tens of thousands of workers have lost jobs and need support.

The city has set up a welfare center which has delivered 2 million welfare bags to people and launched three support packages in cash to 10 million beneficiaries.

With the effort of increasing vaccination coverage and strengthening the healthcare sector, the Government is now pursuing a strategy on safely adapting and effectively controlling the pandemic.