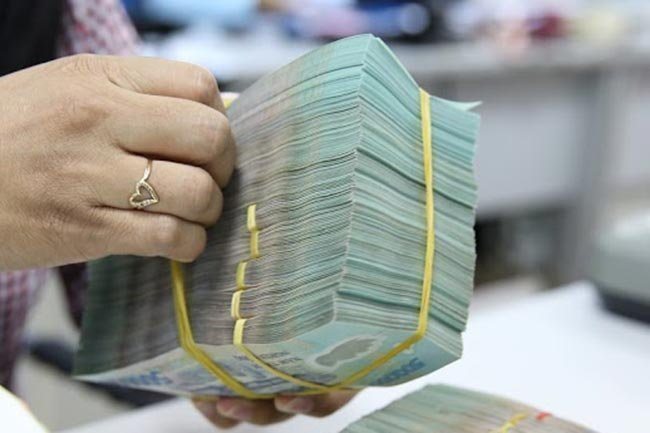 According to SSI Securities Company, August’s interbank rates dropped due to high liquidity at local lenders. The State Bank of Vietnam purchased some US$3.3 billion, thus injecting around VND76 trillion into the market.

This has facilitated further deposit rate cuts at banks, while mobilization growth has far outpaced credit growth. Therefore, deposit rates are likely to drop further in the coming time, the brokerage firm said.

Phan Viet Cuong, director of individual customer department at Viet Capital Bank, said the lender has slashed deposit rates five times in the past five months, with the latest showing the biggest drop of up to 0.3 percentage points.

Despite the Covid-19 pandemic, Viet Capital Bank has seen strong mobilization growth, with this year’s target within reach. Since June, the credit growth rate has accelerated, especially in the business and production sector.

Therefore, the credit growth rate has almost equaled that of mobilization. To speed up lending, Viet Capital Bank introduced a preferential loan program for the production and business sector, personal spending and homebuyers since early September, with rates from 7.69% to 9.39% per annum.

Other banks have also introduced numerous credit packages to attract borrowers in the final months of 2020.

Having reduced mobilization rates nearly one month ago, ABBank has announced the fourth lending rate cut this year, bringing lending rates down to 5.9% per annum for the first six months and 6.9% for the next six months. Otherwise, customers can enjoy a rate of 6.9% in the first 12 months along with some preferential policies in payments.

Since the middle of September, BIDV has revised down the lending rates of its VND10-trillion credit package, launched in February, by 0.5 percentage points. Borrowers are now subject to lending rates from 5% to 6% per annum for tenors between four and 12 months.

Earlier, the bank also announced lending rates for other packages, such as the VND70-trillion package for the business and production sector.

Given the current slow credit growth rate at some 4.4%, local banks are poised to continue lowering lending rates in the time to come.

According to the State Bank of Vietnam, as of the end of July, the banking system had reported a credit growth rate of 4.05% compared with the end of 2019. Some industries had seen high credit growth rates, such as construction with 5.82%, trading with 4.22%, the industrial sector with 3.01% and agro-forestry-fisheries with 3.06%.