In previous years, elephants had a large habitat, from Lai Chau, along the Truong Son Mounts to Binh Phuoc, Tay Ninh and some provinces in the coastal areas of the central region. 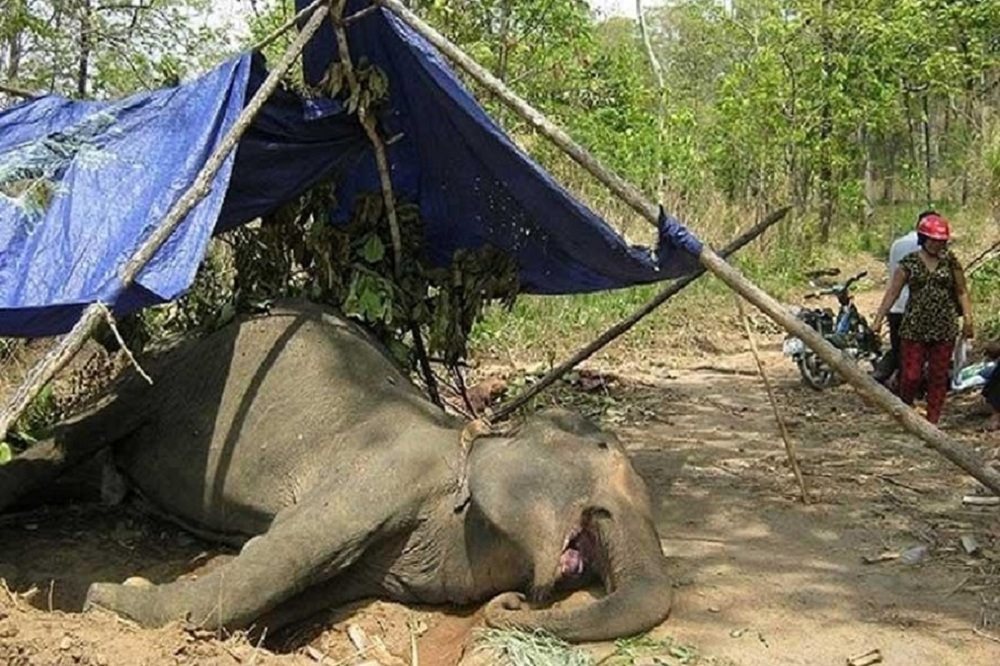 Of these, only three habitats still have more than 10 elephants, including Pu Mat National Park and neighboring areas (Nghe An province) with 13-15 individuals. There are 14 individuals in the Cat Tien National Park, the Dong Nai Natural and Cultural Reserve and the La Nga Forestry Co Ltd. Meanwhile, the Yok Don National Park in Dak Lak Province has 80-100 individuals.

Dak Lak is the province with the highest number of wild elephants with 5 populations. Of these, the largest one of 32-36 individuals, is mostly in the Yok Don National Park.

MARD reported that within seven years, 2008-2014, the Central Highlands lost 358,700 hectares of natural forests, which means that 51,200 hectares of forests were lost each year.

Because of the loss of habitat and food sources, a conflict between local people and elephants has been triggered.

In 2013, a group of 17 wild elephants came to Ea Sup district, disturbing the life of locals. In Ea Hle commune of Ea Hleo, elephants usually came and damaged crops prior to 2012. However, the elephants no longer appear because of the forest reclamation projects which have disturbed the habitat and forced elephants to leave.

While wild elephants lose their habitat, domesticated elephants have been forced to work too hard.

In Dak Lak, half of the 45 domesticated elephants are aged 35-50 and many of them have to work every day, either serving tourists or carrying farm produce.

From 2012 to now, 10 domesticated elephants died because of aging, exhaustion, murder, accidents or attacks by wild elephants.