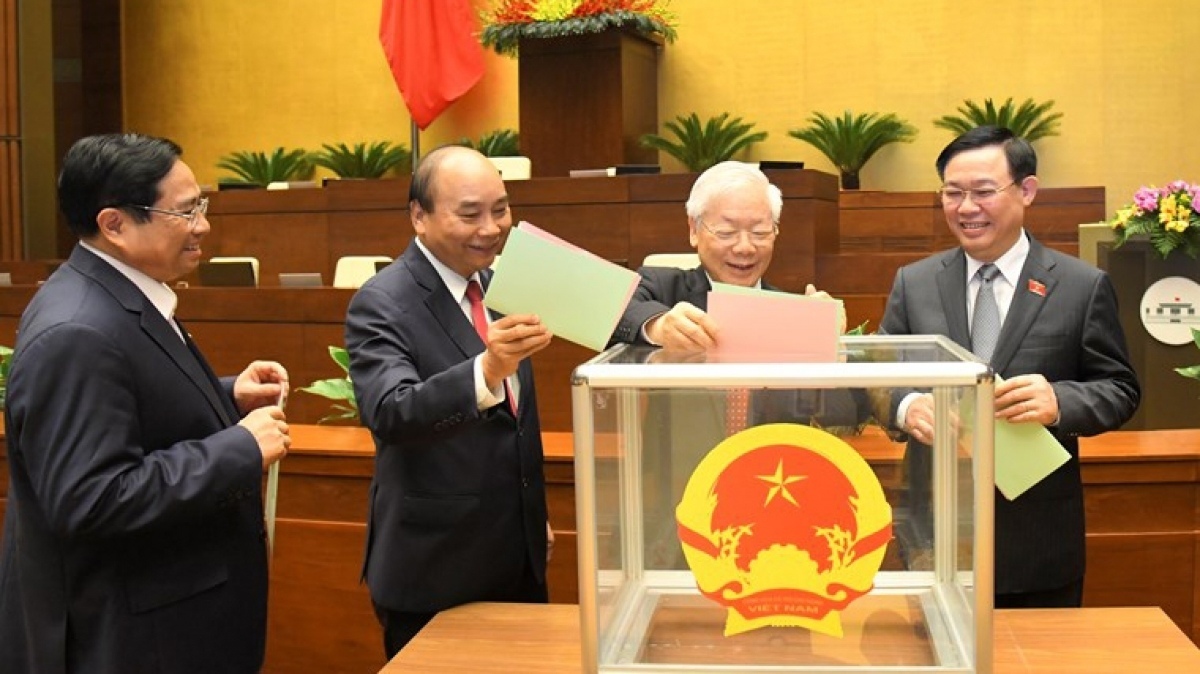 NA’s General Secretary Bui Van Cuong said that most of the personnel introduced to these positions are re-elected.

Regarding the cabinet, Head of the NA Standing Committee's Board for Deputy Affairs Nguyen Thi Thanh said 27 people will be elected, including one PM, four Deputy PMs, 18 Ministers and 4 heads of ministerial-level agencies.

As for NA, there will be 18 titles, including one NA Chair, four NA Vice Chairs, 9 Chairs of NA’s Committees; NA’s Secretary General; Head of the Board for Deputy Affairs; Head of the Commission on People's Aspirations and NA’s Chair of Committee for Ethnic Affairs.

These include the NA leaders – NA Chair Vuong Dinh Hue and three Vice Chairs Tran Thanh Man, Nguyen Khac Dinh and Nguyen Duc Hai, who were elected to the posts in April.

The NA Deputy Chair needs to be appointed as Deputy NA Chair Do Ba Ty did not join the 13th Central Committee.

In the last election, Senior Lieutenant General Tran Quang Phuong, Deputy Director of the General Department of Politics, was elected as a full-time NA deputy.

The current Chief Justice of the Supreme People's Court is Nguyen Hoa Binh, Politburo member, Secretary of the Party Central Committee. The current Chief Procurator of the Supreme People's Procuracy is Le Minh Tri, Member of the Central Committee. The incumbent Auditor General, Nguyen Sy Thanh, was approved by the NA at the 11th session of the 14th NA.

The Government has proposed the National Assembly keep its structure of 18 ministries and four ministerial-level agencies for the 15th tenure.