Having to study online for a long time, many students could develop eye, bone or joint problems, or mental disorders, doctors say. 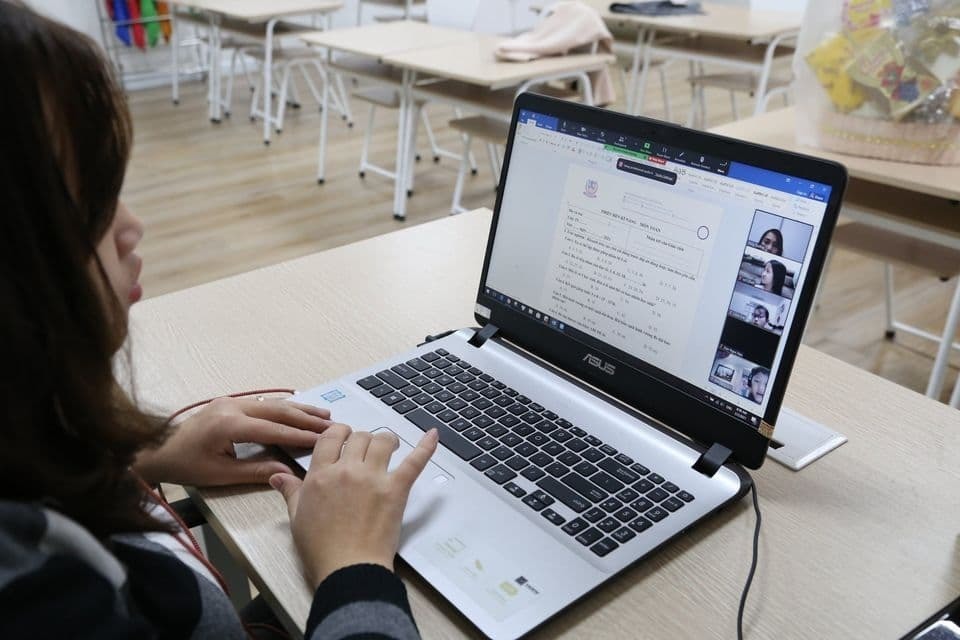 H, an eighth grader in Hanoi, often experiences symptoms of headache and fatigue. She suffers from insomnia, usually has nightmares and cannot concentrate on studying.

The unsatisfactory results of her English test made her even more depressed. Though her parents did not scold her for the bad mark, she still felt sad.

One day, H used a paper knife to make a small cut under the arm which caused bleeding. Feeling that the behavior helped her become less stressful, she repeated the move many times.

When her parents brought H to hospital, they were told that H suffered from a psychological disorder.

Dr Nguyen Viet Chung from the Mental Health Department of Hospital E in Hanoi said that H had psychological problems before and the problems became more serious because of online study time. The home exercises and changes in learning methods put pressure on her.

Chung said most of the children with psychological disorders become reticent and don’t want to talk to parents and teachers. Their learning results worsen, and they cannot concentrate in classes. At home, they tend to cry a lot. Minors tend to show signs of rebellion and disobedience. Many of them have symptoms of headache and stomachache, but no physical illness is found.

When psychological disorders last for long time, students tend to hurt or harm themselves. This occurs more with female students than male students.

“The most common behavior is using the edge of a ruler, a paper knife, a pen, and familiar objects to cut their hands, feet, and thighs to relieve themselves,” Chung explained.

“The patients tend to cut into hidden places on their bodies, because they don’t want anyone to find the injuries,” he said.

Previously, when students went to school, they had physical lessons and extracurricular activities (excursion, camping), or had communications with friends, which helped them relieve stress.

As they recently have had to stay at home, these activities cannot be maintained, and students are ‘jammed’ in closed spaces.

Dr Minh Chau from the Central Eye Hospital warned that working with electronic devices (computers and smartphones) for a long time can cause eyestrain or lead to shortsightedness.

Chau said people should apply the 20-20-20 principle, which means that after every 20 minutes of working with computers, children should be encouraged to look 20 feet away (more than 6 meters) for 20 seconds.

The use of different teaching modes, including online teaching and teaching via TV, is putting pressure on teachers. Parents also have concerns about teaching quality and their children’s health.

Online lessons for first graders: no more than two hours a day