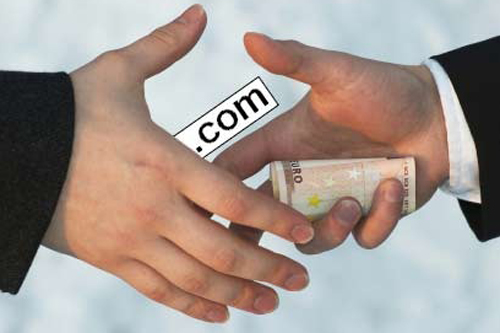 In 2008, the Ministry of Information and Communication (MIC) released a circular on guiding the management and the exploitation of Internet resources, abandoning the ban on domain name trading.

However, Le Thuy Hanh, Deputy General Director of Micronet, affirmed that domain name traders still have to “do their trade while listening to the news,” because necessary documents still have not been issued.

The lack of a legal framework on the issue makes traders puzzled. They don’t know what domain names can be transferred, how much they have to pay in tax when transferring domain names, and what procedures they have to follow to fulfill transactions.

According to Hanh, buying or selling domain names are very normal business activities in the world. Domain names are considered a type of Internet resources which can be transferred among each other, thus facilitating the development of Internet-based projects and services, including e-commerce.

“The lack of the transparency in transactions leads to the fact that a lot of domain names are overvalued, which distorts the market,” Hanh noted.

Domain name traders have been listed as venture investors. Micronet has invested in 3,000 domain names over the last seven years and it has to spend VND1.5 billion a year to maintain the high number of the domain names. This does not include the other expenses like the bank loan interest rates and pay to the labor force.

However, Micronet considers a domain name as an industry in which it readies to make long term investment. It believes that the domain name market in Vietnam would develop more strongly in the future, because Vietnam will have no other choice than integrating into the world and following the international trend.

The Vietnam Internet Network Information Center (VNNIC) has become a member of ICANN (Internet Cooperation for Assigned Names and Numbers) and it will have to abide by the international rules set by ICANN.

Regarding the story on legalizing and liberalizing the activities of trading and transferring domain names in Vietnam, Nguyen Trong Tho, CEO of iNet, said the state management agencies need to consider domain names as a type of assets which people can give, sell and transfer in a transparent market.

“I wish that domain names would become as popular in the market in the future as mobile phones nowadays,” he said.

“If every person owns one domain name and he has to pay $1 to maintain the domain name, the industry would get a high turnover from the 90 million people,” he added.

Tran Minh Tan, Deputy Director of VNNIC, said the Ministry of Information and Communication (MIC) is compiling the draft circular on the management and use of Internet resource, which includes one chapter about the “.vn” domain name transfer.