If Vietnam’s high-quality coal is mixed it with other types of coal to run thermopower plants, it would be a big waste, according to Vinacomin, the largest coal miner in the country. 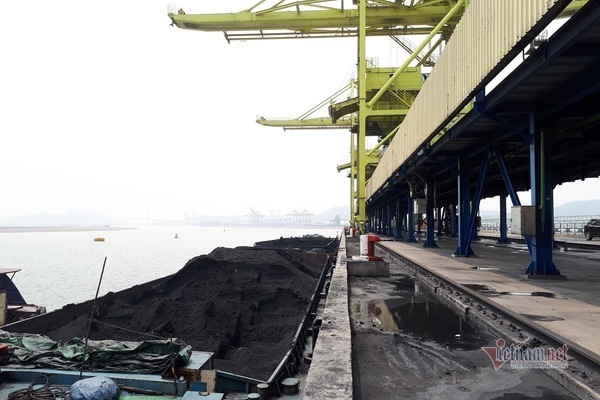 However, the two miners estimated that they exported only 714,000 tons this year, or 34.8 percent of the plan approved by the Prime Minister. This included 700,000 tons exported by Vinacomin and 14,000 tons by Dong Bac.

The low exports are attributed to Covid-19, which has caused the world economy to fall into recession.

Loyal customers, including Japan, South Korea, India and some Southeast Asian countries, have all stopped or cut down imports for some industries using Vietnam’s coal. Japanese steel manufacturers have cut 30 percent of imports.

“This has seriously affected the export of coal and the export to Japan in particular,” a representative of Vinacomin explained.

In 2019, Vinacomin exported half of the allowed amount, more than 1 million tons, because the coal export plan had just received approval in May 2019.

However, both Vinacomin and the Ministry of Industry and Trade (MOIT) believe that coal exports bring big benefits.

Meanwhile, Vinacomin’s report showed that it plans to sell coal dust at VND2.44-2.6 million in 2021.

As such, if exporting coal, Vinacomin will earn VND50,000-210,000 per ton more than selling it domestically.

After checking the production and consumption plan, Vinacomin is seeking permission to export 1.5 million tons of coal at maximum, while Dong Bac wants to export 50,000 tons.

“If using domestic coal dust for electricity production, this will be a big waste,” Vinacomin warned.

The Ministry of Industry and Trade has proposed that the Prime Minister approve coal exports as proposed by Vinacomin and Dong Bac.

The ministry, after considering supply and demand, estimated that by 2030, Vietnam may have 2 million tons per annum in excess. The coal in excess is used to make high-quality stainless steel, which Vietnam has not used up domestically.

In a document on the medium- and long-term coal export plan sent to MOIT and the Commission for the Management of State Capital at Enterprises in September 2020, Vinacomin proposed exporting 2 million tons per annum in 2022-2025, and sought to export coal without asking for a quota every year.