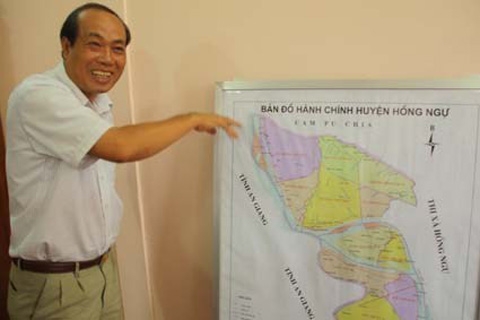 The information was confirmed by Mr. Le Minh Trung, Head of the Propaganda Committee of Dong Thap Province on June 4.

According to Trung, the two party officials were in charge of violating rules on natural resource exploitation. They are granted bail but banned from leaving their residence.

Another local official, Mr. Duong Huu Kinh, Head of the Natural Resources and Environment Department of Hong Ngu District, was also prosecuted for irresponsible behavior, causing serious consequences, according to Article 285 of the Penal Code.

Previously, Nguyen Hong Lam and Ngo Xuan Canh were suspended from their positions by the Party Standing Committee of Dong Thap Province to serve inspection.