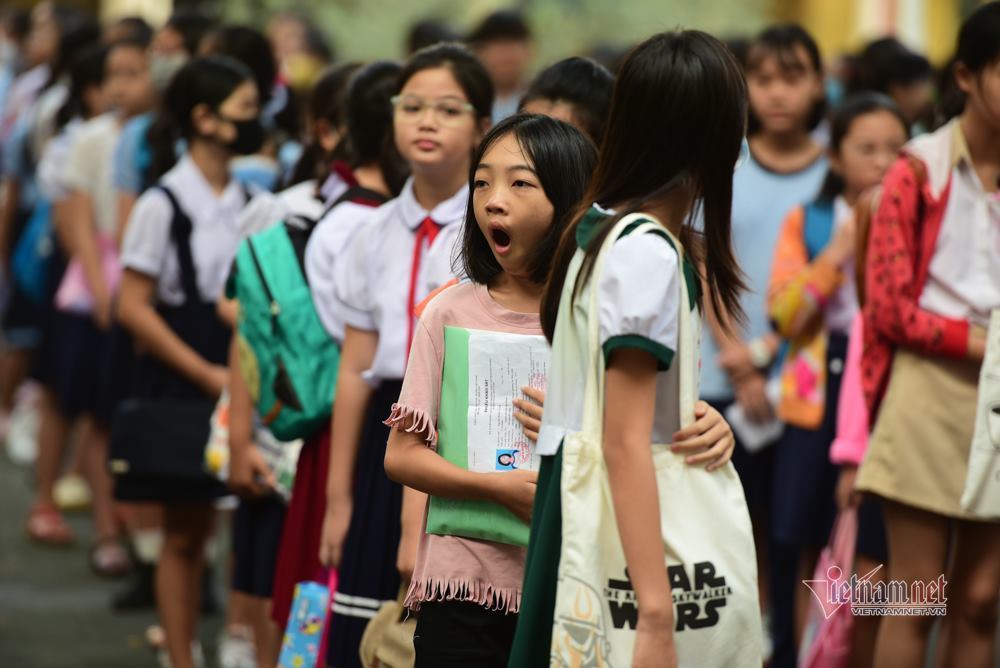 A secondary school in Hanoi recently announced an enrollment plan which says that students with IELTS from 3.0 would have up to 20 point bonus when applying for the sixth grade at the school.

Tran Thi Phuong Chi, a teacher of English at Archimedes School, said he was asked to give tutoring lessons to a fifth grader to prepare him for IELTS. The student is going to apply for admission to a secondary school in Hanoi.

After a test, the teacher realized that the boy was good at grammar, but weak at reading because of poor vocabulary. She believes the boy needs a different learning path that fits his ability.

“If the parents still insist on stuffing him with knowledge for IELTS, they will ‘force him to get mature soon’, when he still doesn’t have sufficient knowledge about language and social issues,” Chi said.

Chi believes that practicing for IELTS is not suitable for primary school students, because the exam not only tests speaking English ability, but also critical thinking skills. Examinees have to show their knowledge about economic and social matters, which is beyond children’s capacity.

“If students are forced to practice for IELTS too early, they will have to struggle to deal with complicated social issues that they themselves have never experienced,” she said.

In speaking and writing tests, for example, examinees will have to answer questions related to a wide range of fields, from economy, education, technology, law, the environment and healthcare. In reading and listening, examinees have to have broad vocabulary, which is a problem for children.

If students have to stuff themselves with vocabulary and knowledge to obtain high scores on IELTS, they may suffer serious consequences later. This may affect students’ interest in learning languages, and they may even feel afraid of learning English, Chi warned.

Sharing the same view, Ngo Huy Tam from Phenikaa School said for primary school students, an IELTS certificate is not necessary and it is unsuitable for small kids.

“One scale is only used to assess certain groups of subjects,” he said, adding that IELTS is a universal language scale used to test migrants, immigrants, people who study abroad, and working professionals, with corpus content beyond children's cognitive ability.

Tam believes that early practicing for IELTS will harm children.

“In early ages, children need help to promote their creativity and imagination. This is why children are taught free writing before they are taught academic writing,” Tam said.

He said that if children have to begin academic writing too early, they will have no more motivation and interest in reading and writing.

If motivation no longer exists, they will continue studying just to get high scores, obtain high achievements, and gain people’s admiration. If so, they may have psychological issues, including depression, as they rely too much on motivation from outside.

To prepare for the topics of IELTS, students have to commit knowledge to memory and learn by templates, and don’t have real emotions and feelings about what they write.

According to Tam, students can begin doing this in eighth or ninth grades at the earliest. It would be better to begin at the age of 15 or 16, when they are in the 10th grade.

Tam knows some students who got 9.0 IELTS Writing score but were described by Harvard Professors as verbose and having no clear character. Many students like using big words, but the meaning is shallow, simply because IELTS only measures language ability, not writing ability.

Chi also believes that students can study for IELTS in the eighth grade or preferably in the 10th grade.

As for primary school students, Tam thinks they should allow Movers, Flyers, KET, PET, and others to help use programs more suitable to their ages.

These programs can build children's full language skills and abilities, and help them with critical thinking skills. There is no need to try to study for IELTS, which is not necessary.